The future of sports marketing is virtual!

If you wanted to experience sports in the past, you had to switch on your TV at a certain time. The Internet became a threat to traditional media companies some time ago, with live streams that can be viewed on a digital device from anywhere and platforms like Facebook and Amazon offering spectators exclusive content to complement streamed events. As they attract lots of new subscribers, the platforms can gather data on users and play personalized ads to them.

Modern technologies are also revolutionizing how fans experience sports and gaming. Examples include:

Established soccer clubs like 1. FC Köln see digital marketing as a great opportunity to cater to fans: digital tickets and virtual club museum visits are highlights being received positively by sports enthusiasts and are a shining example of how the German middle market is embracing digital marketing.

However, analog competitive sports are also increasingly benefiting from (and becoming dependent on) AI, deep learning, and the possibilities presented by data & analytics. Detailed performance data on pro athletes have long been used in North American professional leagues as a basis for analyzing games, optimizing training sessions, educating players, scouting for fresh talent, and buying new players. This is a trend that is spreading across the entire globe and is massively infiltrating Europe through professional soccer.

The esports and gaming scene as a playground for marketers

The competitive sport of computer games mainly started in Asia and has taken Europe by storm in recent years. Gaming has undergone professionalization and institutionalization on an unprecedented, previously unimaginable scale.  Although esport still isn’t recognized as an official sport in Germany, more and more professional clubs are forming their own esport departments. Entire leagues and clubs have been created. Esports gamers attract huge fan bases, are celebrated as stars on the gaming scene, and thus offer excellent marketing potential for addressing very young target groups – whether as brand ambassadors or influencers.

However, it doesn’t stop at sports games – traditional community player games, such as the battle royale game “Fortnite”, and open world games, e.g. Minecraft, have also given birth to entire pop cultures both outside and inside their virtual world, where generations of adolescents completely come into their own. Competition rules combine virtual software requirements and competition regulations laid down in the analog world. Gaming in sold-out arenas full of cheering fans playfully breaks down the barriers between digital and analog spaces.

Content streaming platforms such as Twitch therefore act as target group magnets and are incredibly attractive from a marketing perspective. However, simply bringing an esports team on board as a sponsor, placing ads and products in streaming videos, or collaborating with gaming influencers just won’t cut it. Especially when marketing to the older generation, you first need to penetrate the whole new ecosystem, analyze its special factors, and realize its potential and limits. It’s about understanding gaming culture and implementing suitable marketing measures, rather than focusing on individual channels.

For example, the market is shaped and its playing rules largely dictated by the hundreds of different sports and gaming titles found along the different stages of the product development cycle. You have to truly grasp the world of leagues, event organizers, tournaments, publishers, media platforms, etc. to be able to leverage its potential and pull off precise targeting. 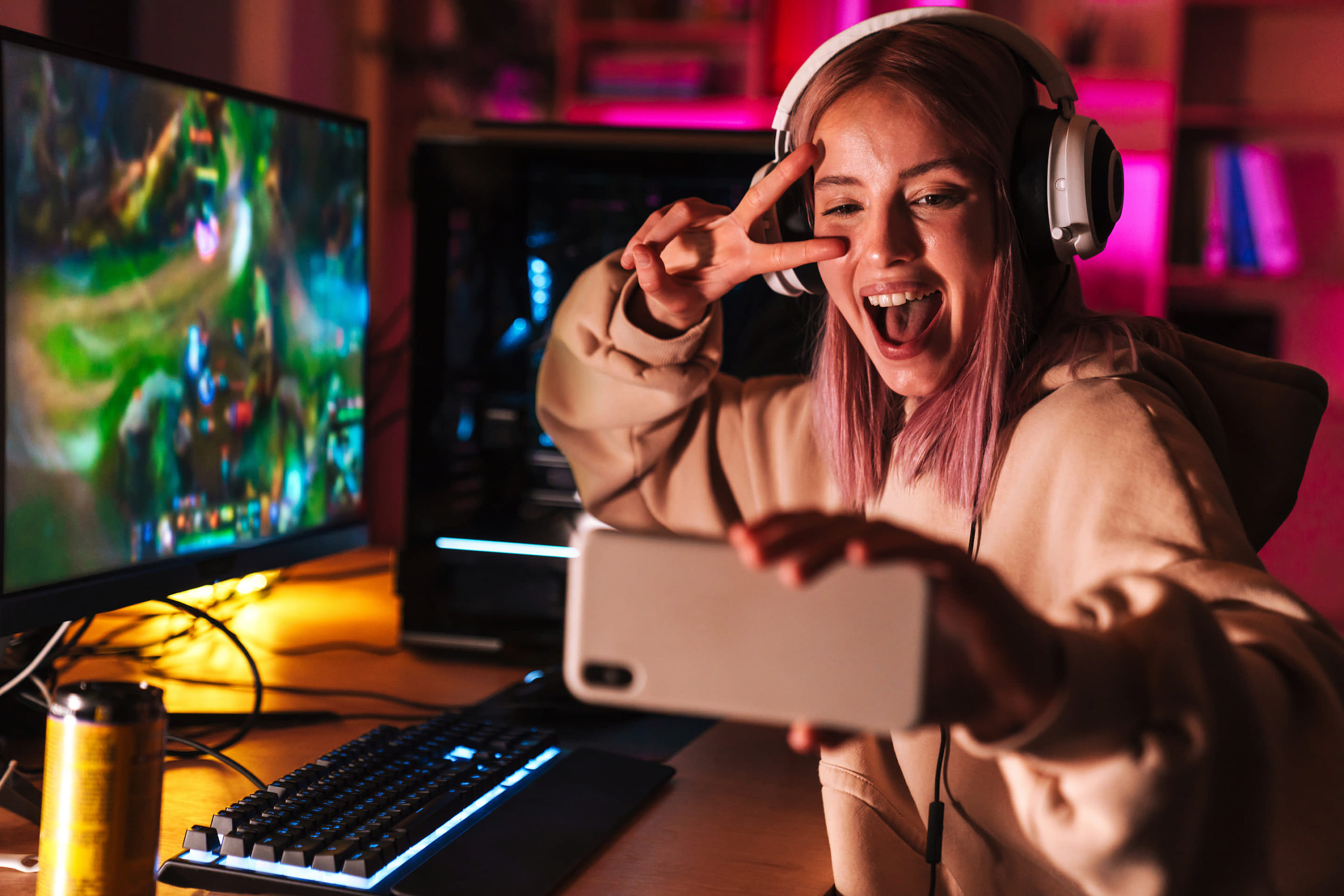 The gamer fascination – what makes this target audience so interesting?
Gamers don’t have the best reputation. The cliché is that they’re predominantly young males who fanatically play PC games. But what really makes the gaming target audience so unique, and how important is it for your marketing?
Sports and Gaming Content 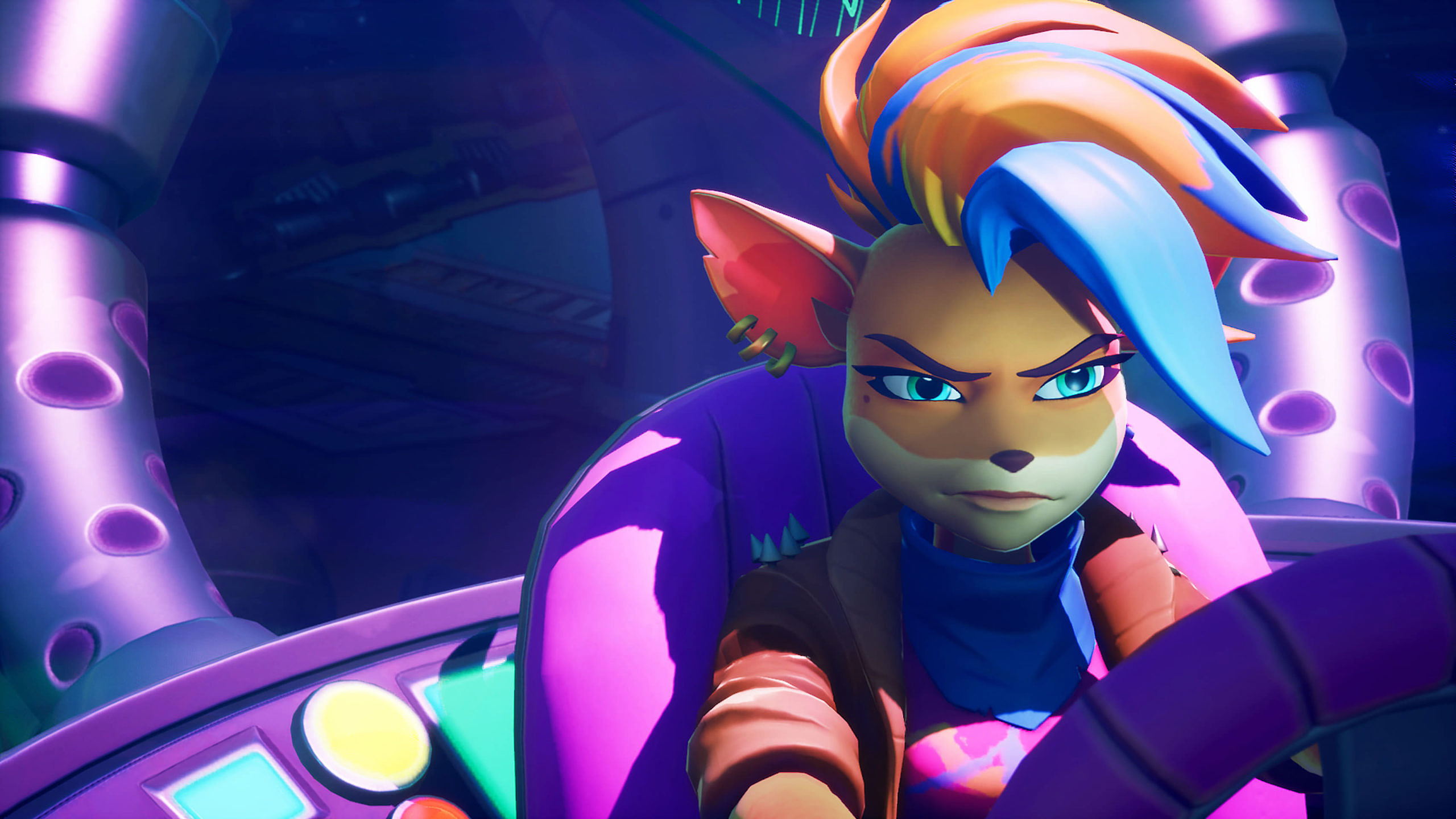 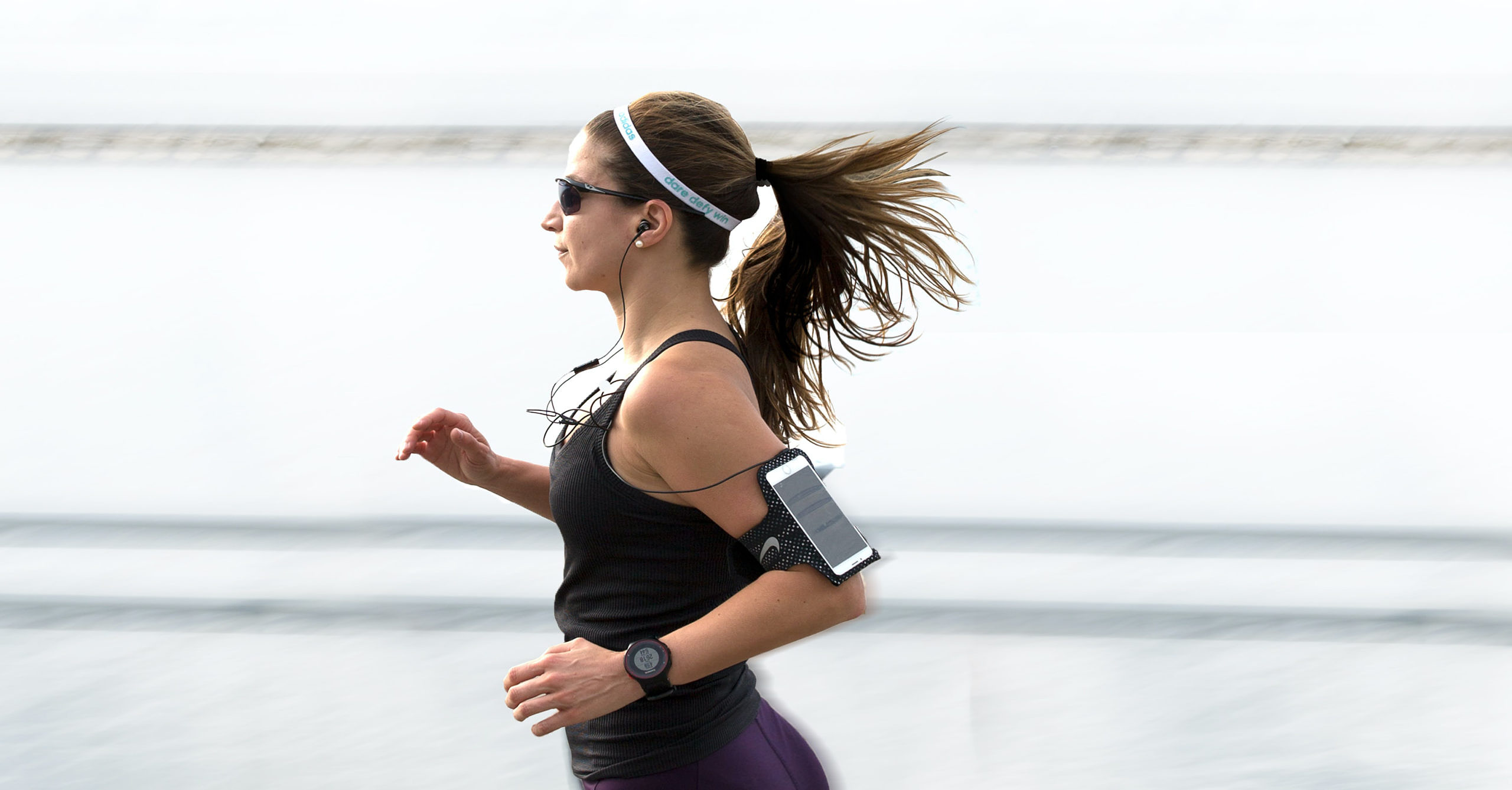 How “bit fit” are you? Get active with these 8 sports gadgets
Digitalization has firmly found its way into sports. Nowadays, every relevant bodily function is recorded and workouts are highly efficient. We’ve picked out the eight most interesting sports gadgets.
Data & Analytics Sports and Gaming 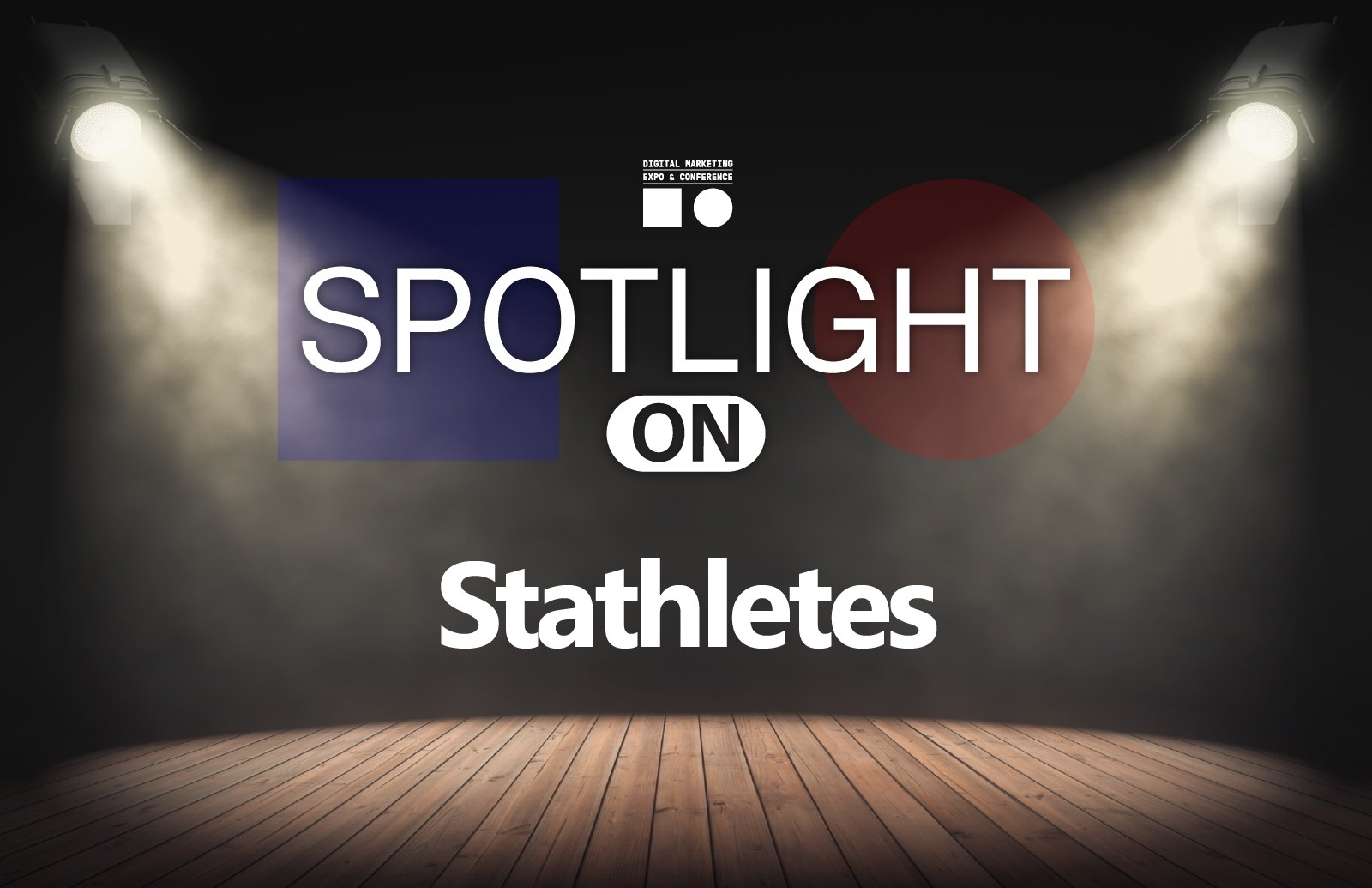 Spotlight on Stathletes: data & analytics for professional sports
Meghan Chayka is co-founder and CEO of Canadian sports data and analytics company Stathletes. Her customers are professional ice hockey teams that want to use data to optimize their performance, leave behind the competition, and wow fans.
Data & Analytics Sports and Gaming 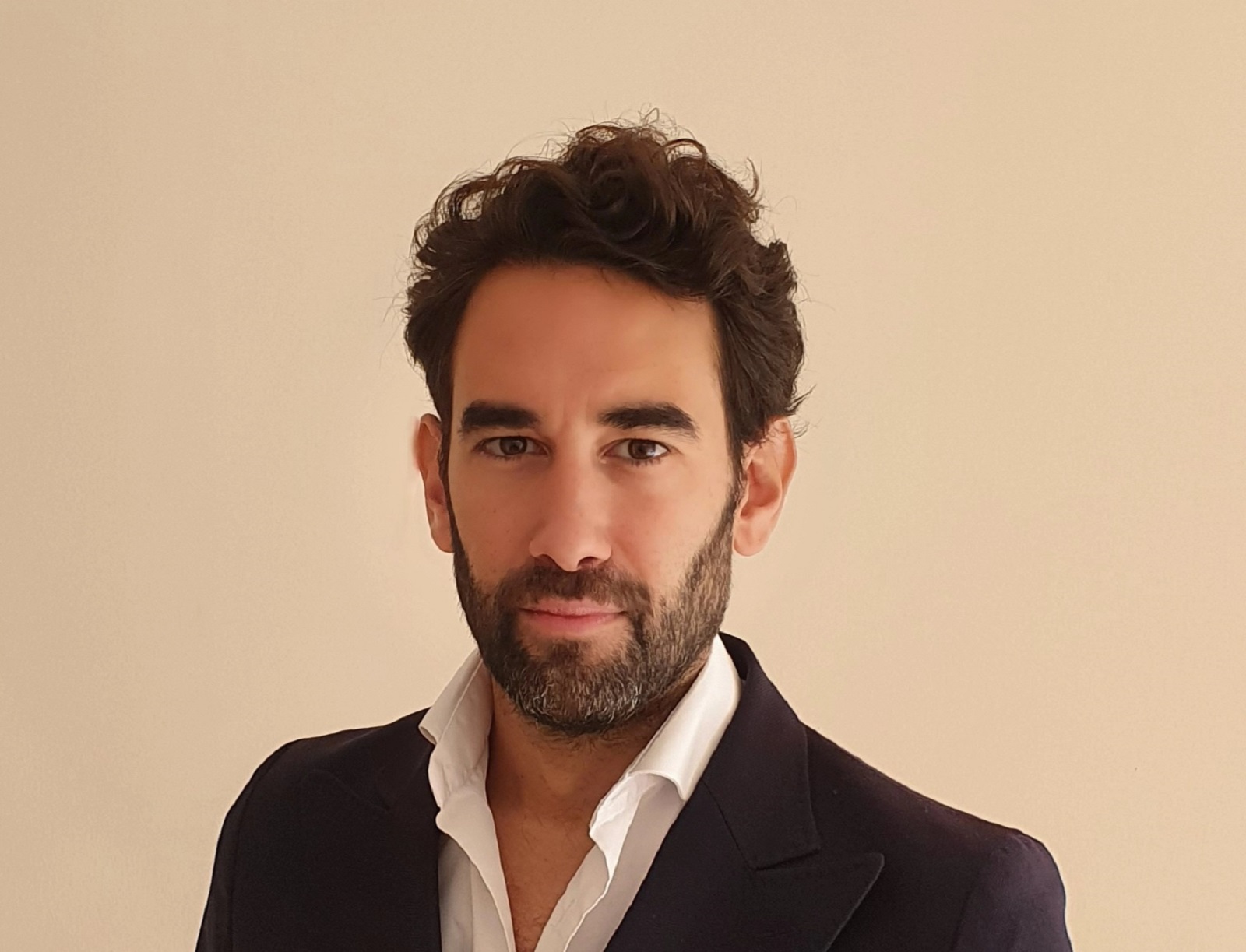 Twitch at DMEXCO @home – and in a short interview with DMEXCO
We’re so excited: Twitch will be enriching DMEXCO @home not just as an exhibitor, but also with a session and two masterclasses. Juan Porcuna, Advertising Marketing Manager at Twitch, joined DMEXCO for a short interview.
DMEXCO #attitudematters Twitch marketing for companies: far more than an insider’s tip
Fast-growing livestreaming portals such as Twitch are among the defining social media trends and attract ever-larger audiences. This is how they offer companies enormous potential for targeted and effective marketing measures.
Influencer Video & Connected TV Marketing and eSports: “It’s about culture, not channel marketing”
Games like Fortnite are electrifying the masses. The gaming and eSports community is also a highly exciting target group that is young, intelligent and receptive to brands. Companies that want to successfully market their products to this group need to understand precisely how the ecosystem works.
Sports and Gaming More and more on the radar: eSports
Market opportunities forecast to reach 1.4 billion euros by 2022
Sports and Gaming

Twitch marketing for companies: far more than an insider’s tip

How “bit fit” are you? Get active with these 8 sports gadgets

Marketing and eSports: “It’s about culture, not channel marketing”

Twitch at DMEXCO @home – and in a short interview with DMEXCO

More and more on the radar: eSports