Blockchain project Solana has unveiled its “Saga” smartphone, slated to launch in 2023. Solana is also expanding development opportunities for blockchain apps, with the aim of finally integrating smartphones into the Web3 world.

Blockchain project Solana has teamed up with hardware developer Osom to create a smartphone optimized for Web3 features. The blockchain smartphone will run an Android operating system. The focus is on filling a gap in the market by integrating blockchain software as a native component of the smartphone. The “Saga” will create the necessary environment for a wide range of decentralized apps that have one thing in common: they will all rely on the proprietary Solana blockchain.

One of the smartphone’s most important features is the ability to make payments via Solana Pay, which is intended as a blockchain alternative to Google Pay and other mobile payment apps. It will also have the Solana Mobile Stack’s “Seed Vault”, which can store the centralized private keys for Web3. Solana’s blockchain smartphone will also allow users to intuitively manage NFTs and wallets.

The “Saga” from Solana is expected to launch in the first quarter of 2023 and cost 1,000 U.S. dollars. As well as countless blockchain features, it will also boast a number of other essential smartphone features, including a 50-megapixel main camera and a 12-megapixel ultra-wide-angle camera. With 512 GB of memory and 12 GB of RAM, the device will have plenty of storage capacity and processing power, ensuring that it will not only appeal to Web3 enthusiasts, but also tap into a significantly larger market segment.

Solana isn’t just providing hardware that opens up the world of Web3 for smartphones; it has also created Mobile Stack – an app store for decentralized apps that will ensure wide-ranging Android compatibility. This will make it easier for developers to create new apps for the Solana blockchain and the corresponding cell phone. That is Solana’s promising dual strategy for adding Web3 features and blockchain to smartphones.

Web3 as the everyday standard

Smartphones have become an essential part of everyday life for most people, and the “Saga” is seen as the first step to integrating Web3 apps into daily life for these users. The ability to make payments with Solana Pay or manage your NFTs on the move could prove to be the key to making Web3 features part of digital normality and dismantling the barriers surrounding the topics of blockchain, cryptocurrencies, and NFTs. This will in turn open up huge potential for shaping and sharing visions of the Web3 future.

Solana will undoubtedly have studied the lessons learned by smartphone manufacturer HTC. The company attempted to launch the “Exodus” blockchain smartphone back in 2018, but a range of factors – likely including social skepticism about Web3 – prevented the smartphone from establishing a successful market presence. Let’s hope that Solana can come up with a product that offers optimized technology and can attract the attention of the general public.

The “Saga” from Solana is an opportunity for the Web3 universe to make huge strides in the smartphone market, and could prove to be a pioneering project for the movement as a whole. Blockchain enthusiasts who want to use smartphones to manage their wallets, their NFTs, and their other Web3 apps will eagerly await its launch. Although they will need to be patient until 2023, that will surely only heighten their anticipation. 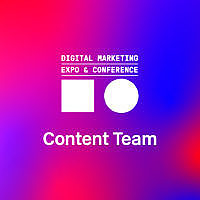