Can advertising campaigns open up and encourage dialogue about mental health? Yes, they can – and they are doing it in some very innovative ways. Read on for five examples of successful campaigns aiming to raise awareness of mental health.

From binge eating to depression and anxiety disorders, mental illness has a huge impact on people who suffer from it. And there are more of them than ever: at least 18% of the proportion of the global burden of disease is due to mental disorders. Source: The Lancet

Looking at the trend over the past two years, the coronavirus pandemic is clearly identifiable as a trigger since it challenged many people’s psyche and negatively impacted mental health. A study conducted by GlobalWebIndex (GWI) reveals that:

44 %
of respondents say that their stress and anxiety levels have got worse because of the pandemic.
23 %
are experiencing anxiety.
50 %
of Gen Z say their mental health got worse, compared to 37% of baby boomers. This indicates that young people tend to be more strongly affected.

A range of other factors not related to the pandemic – including stress and misfortune – also have an impact on the psyche.

The problem is that although mental stress is a growing social issue, mental health is a subject that is still regarded as shameful and taboo. Mental illness is often not taken seriously and the help that is urgently needed tends not to materialize. That needs to stop. Thankfully, that attitude is shared by increasing numbers of public figures and brands that are running campaigns supporting mental health. We have five original examples for you:

In 2017, American rapper Logic released the song “1-800-273-8255”, featuring Alessia Cara and Khalid, in which he raps the phone number for the American National Suicide Prevention Lifeline. Just a few months after the song was released, the number of calls to the suicide prevention hotline had risen by around 7%, while the number of suicides had dropped by around 5%.

In June 2020, backpack manufacturer JanSport launched a video accompanied by the hashtag #LightenTheLoad aimed at encouraging an open dialogue with its target group about mental health. With the motto “Strength through sharing”, the company called on people to share their experiences of mental issues and mental health. The result was a series of films taking an open and authentic approach to mental health and helping to normalize conversations about it.

Since the start of the pandemic, many people have become familiar with feeling exhausted and run-down after too many video calls. TBWA launched a campaign to raise awareness of the phenomenon of meeting fatigue and the effects that day-to-day pandemic life has on mental health. The advertising agency used posters and a video to share a range of humorous excuses for avoiding virtual meetings.

Maltesers created the #TheMassiveOvershare campaign in 2021 with the goal of supporting maternal mental health. The brand used billboards to share facts and quotes on the difficulties of motherhood and the new challenges of navigating lockdowns, such as “When I look at my baby I’m filled with love. For my old life” and “7 out of 10 mums experiencing mental illness hide it”.

„We know how important it is to talk about the fact that motherhood and parenting can be tough. Through our advertising, campaigns and partnerships, Maltesers aims to help women build resilience by laughing together through the tough stuff. It’s what we’ve always done and what we will continue to do, now and for years to come .”

#5 A platform to combat anxiety and depression – Maybelline New York

Maybelline New York’s “Brave Together” website aims to advocate and campaign for people living with anxiety disorders and depression. As well as tips and information about mental health, Maybelline has partnered with Crisis Text Line to provide access to free, confidential counseling via text messages around the clock.

Mental health campaigns are on the rise as an original way of calling for mental health to be taken seriously. If you also want to use your brand to take action to improve mental health for people, then dive right in! Get together with your creative team and launch your campaign!

About the author
Eva Heintz
Eva is the communication manager at DMEXCO. As a linguist, she knows perfectly what it takes for successful communication. After her studies, Eva got a taste of agency air in an online marketing agency and worked in corporate communications for several years afterwards. Her texts mainly focus on the marketing trends of today and tomorrow as well as on innovative ways of brand communication. 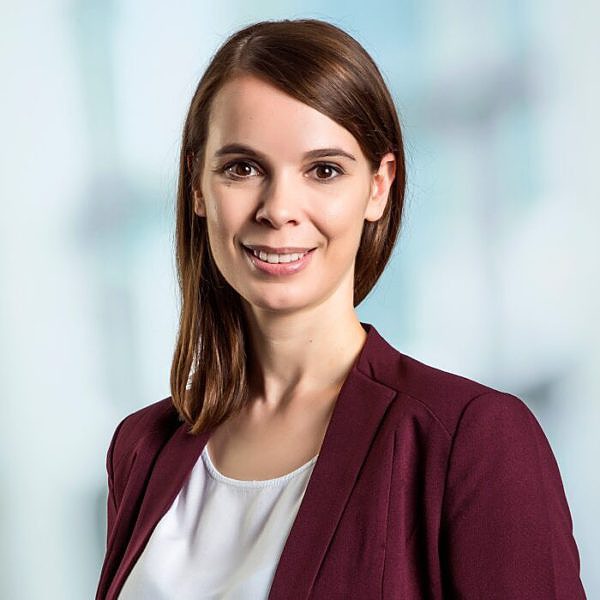 Emotion AI – the artificial emotional intelligence
Using AI to create a personalized shopping experience in online retail
Fact sheet: Methodically mastering change – 5 change management models compared
Are sustainability and social responsibility feasible in e-commerce?
AI at work: Automated ad placement with programmatic advertising
Is the coronavirus pandemic an engine for the digital transformation?
The mere-exposure effect – Why content marketing works
Shopping in a collective – Social commerce is evolving into social group buying
Corporate digital responsibility: why digital ethics are essential
Why social media should be part of your business development
Share this story

Emotion AI – the artificial emotional intelligence
Using AI to create a personalized shopping experience in online retail
Fact sheet: Methodically mastering change – 5 change management models compared
Are sustainability and social responsibility feasible in e-commerce?
AI at work: Automated ad placement with programmatic advertising
Is the coronavirus pandemic an engine for the digital transformation?
The mere-exposure effect – Why content marketing works
Shopping in a collective – Social commerce is evolving into social group buying
Corporate digital responsibility: why digital ethics are essential
Why social media should be part of your business development
Share this story