A growing number of channels, shorter attention spans, less time, more tasks. There have certainly been less stressful times for PR officers and journalists. The coronavirus has merely accelerated many trends that will keep us busy in 2021.

Don’t worry, though: you still won’t have to package your press releases in a TikTok dance in 2021. That said, the next CEO to show off some moves there is guaranteed to get a lot of publicity. You won’t be frowned upon for doing it, but you’ll be in the minority. Regardless of how much courage companies and entrepreneurs have for PR stunts, it is becoming increasingly harder for them to make their messages heard on the vast array of channels out there and amid the ever-louder volume of opinions being expressed. Here, we have rounded up a few trends emerging in the PR world that companies and brands should embrace:

We’re currently transitioning from a textual era to a world that is dominated by (moving) images. That is obvious from how content is evolving on social networking sites. Even on sites that were originally intended as news or business platforms, such as Twitter and LinkedIn, images and videos now play a central role. Text elements without good images will not reach as many people. This trend applies to photos and videos alike. For that reason, it is becoming more common to integrate short text into images and subtitle videos with lower thirds.

After all, people’s attention span for receiving information is getting shorter and shorter. This shift toward increasingly visualized communication is changing how companies and brands engage and making them reshuffle their priorities. My forecast: In the future, businesses will allocate more of their budget to photo and video productions and use tools that simplify the production of moving images and make it significantly cheaper.

A short Christmas story: when the passengers of an airline – long before the coronavirus – scanned their boarding card at the departure airport, they could have a chat with Santa on a monitor and tell him what they wanted for Christmas. Nothing really special about that, you may say. What the passengers didn’t know, though, was that the airline’s staff at their destination had recorded their wishes – new socks, a tablet computer, a flat-screen TV, and even a snowboard were on the list. While the passengers were soaring above the clouds during their four-hour flight, the staff got started on the mammoth shopping and wrapping operation.

Then came the big surprise at the destination airport: rather than suitcases appearing on the airline’s baggage carousel, it was filled with Christmas gifts packaged in the airline’s corporate design and addressed to the individual passengers. Their astonishment and elation matched the media hype that ensued from the initiative. The video alone has now been viewed nearly 50 million times.

And the moral of the story: positive surprises trigger genuine and positive reactions. Not just at Christmas. In the future, companies that do not emotionalize their products or brand using stories will find it increasingly more difficult to continue to be noticed at all. But don’t tell fairytales, because you will get caught.

Sounds banal, but it’s key in communication. Everything that is digitalized can be stolen. Pretty much anyone can document anything using a smartphone nowadays. As a result, companies that do not communicate honestly can be accused of lies more and more frequently and easily. At the same time, people’s expectations of companies are growing, and they want to see them make a positive contribution to our society, whether in terms of environmental protection, the fight against climate change, more diversity, greater animal welfare, gender equality, etc. The list is endless.

However, jumping on the trend bandwagon as a company without taking serious action is sheer ingratiation: greenwashing, bluewashing, and basically not credible. Instead, it would be better to focus on one issue and prove that you are serious about it by implementing specific measures. Trust is precious, especially in grave times.

Countless coaches and advisers urge you to be authentic. Both as a person and a company. At the same time, the level of hysteria on the Web, particularly on social media, in response to remarks not perceived as politically correct is growing. So what now? Is it better to be authentic and occasionally not politically correct or boring but always politically correct? Brands – including people – that take themselves seriously can take a lot of liberties, but one thing they can’t allow themselves to be is boring. Those that lead the way often have a large audience, but also plenty of critics. Even if you go against the mainstream by presenting good arguments, you’ll generally be heard. If you always follow the politically correct trend at the time, you’ll merely be seen as a sheep.

Networking sites: how many more do I have to join?

As a manager, do I also need a TikTok account now? I mean, I’m already on LinkedIn, Xing, Twitter and Instagram and even have my own YouTube channel. There are alternatives to communicating on social (business) networking sites, but if you don’t use these platforms, you run the risk of limiting the reach and impact of your communication. Since every channel has its own qualities, target groups, advantages, and disadvantages, you should focus on the ones that are relevant to you. It is better to manage a few channels well and regularly than having a half-hearted presence on all of them. At the end of the day, you don’t just have to produce the content, it is also essential to monitor the channels, all of which is time-consuming.

In 2021, it will be a case of less is more! However, in the medium term, managers of today will hardly be able to avoid the basic kit, which comprises Twitter (for media), LinkedIn (for multipliers and customers), and potentially also Instagram (for the wider public). And when Volksbank Mittelhessen, a cooperative bank in Germany, uploads funny videos to TikTok, it will (still) be considered a first mover and get a whole lot of PR for free.

Direct to consumer: so is owned media not enough then?

More and more frequently, brands are selling their products directly to individuals on the Internet and thus bypassing third-party retailers. This is called direct to consumer. The same strategy is also being increasingly observed when it comes to PR: more and more companies/brands/politicians/celebrities/managers are setting up their own channels to directly reach the public – usually on social media, which has replaced blogs in most cases. The media then quotes them directly. In PR lingo, we call this owned media.

However, a soon-to-be former U.S. president has just proven why it’s not enough to merely focus on owned media, since owned and earned media complement each other. And the reach of journalistic media usually far exceeds that of owned channels. That said, owned media is playing an ever-greater role as a quotable source for media. Just ask athletes, celebs, or politicians. And by the way, anyone who TWEETS IN CAPITAL LETTERS isn’t necessarily right.

Straight to your ears: be my host

The use of media is continuously increasing, the number of channels is continuing to grow, the simultaneous use of a second and third screen is rising as well, and the public’s attention span is decreasing further. Are there still moments in which we immerse ourselves in a medium for a long time undisturbed? Yes, when we read a book. And when we listen to podcasts. The genre is booming, and audio on demand is right on trend.

There is now something for (nearly) every niche. Companies and brands that want to capitalize on the podcast business should be aware of two things: 1. Podcasts thrive on the personality of the host and its guests and are following the trend toward personalization. 2. You have to work hard for quite a while to achieve a wide audio reach (or you have to pay for it), given that the available offerings have grown exponentially. As is almost always the case in brand communication, good, creative ideas are needed for implementation.

Virtual public relations: tearing out your hair on Zoom

Personal contact is an integral part of PR. In the coming months, this will continue to be made difficult by the coronavirus. Many events where you would normally shake hands and make small talk are either being cancelled or digitalized. Have you ever had a coffee with someone at a digital event? It’s a tricky one. Which is why we need to find new ways of virtualizing public relations. From home office to home office. Can you hear me? Can you see me? Zoom can be rather frustrating at times. It’s going to remain quite a challenge heading into 2021.

About the author
Christian Faltin
Christian Faltin is Managing Director of the PR agency cocodibu, which he founded in Munich in 2007, and is also Press Officer for DMEXCO. Having previously worked as a business journalist, he knows how to tell good stories, whether in textual, image or audio form. 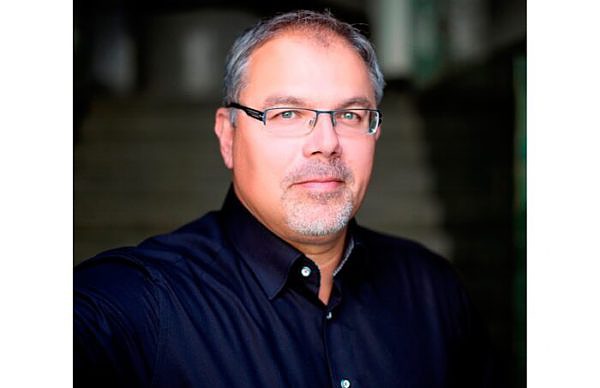