The Arabian Marketer is a monthly print magazine and a daily online magazine focused on reporting on media, marketing and advertising developments in the Middle East and North Africa. It is headquartered in the United Arab Emirates and led by Zeba Mahmud.

Please give us a short introduction: How did you become editor-in-chief? What have you done before?

I have been a journalist since I was 17, which is nearly two decades now. Born and raised in Saudi Arabia, a career in media was difficult for girls and perhaps that was among the reasons why I wanted to explore this when I first moved to India for my higher studies. With a focus on journalism, I also studied advertising and PR. But when it was time to choose, I chose to be a junior reporter in a local news channel in Mumbai. That was the start. The journey from there was to cover current affairs and politics for the next 15 years finally becoming a Managing Editor. At the age of 32, I wanted to begin something new and return to the Middle East. That was the genesis of Arabian Marketer.

In 2013, we laid the foundation for a media publication for the Middle East & North Africa (MENA) region, that was digital first. It took more than two years for us to get the required media license, form a footprint that would truly be MENA and we chose the UAE as the home to do this. Today Arabian Marketer is part of AM Media Corp that has titles focused on the startup and education communities. We have grown from a team of two to nearly 20 – which is a big deal of sorts in this region. Even as I am to lead this operation as the CEO, I did not let go of my first passion — being a journalist. And hence being the Editor-in-Chief.

What does the future hold for the trade media? And how do they meet these challenges at Arabian Marketer?

More and more “regional” trade media is facing challenges. Content for singular markets and global is accessible much easier than the ability to present developments and important issues for 8-11 markets (depending on region) on one media platform. This can be compared to how there are fewer regional agency mandates. There are either global or single/ local market pitches in play. Trade media publications hence have focused more on understanding issues, in other words, present knowledge than just information. The future will require trade journalists to simplify the marketing technology, digital and newer forms of tech ecosystem for the benefit of the marketer.

At Arabian Marketer, we have focused on creating knowledge pool and resources for the ad industry in MENA. Our content traces shifts in media spends, companies that understand local fabric while reaching advertising solutions. Our editorial teams are trained to answer two questions – why does this matter to the marketer and what does it mean from a MENA standpoint.

Which headline at Arabian Marketer have you regretted? And why?

It is not regretful as much as it is concerning. And we have this headline twice in one year, ever since for the last few years. “MENA is the only underperforming advertising region globally”

This headline emanates from agency forecasts on ad spend movements in various regions. The reason why it is concerning is because MENA’s vast potential (given the fact that markets like the UAE and Saudi Arabia lead digital stats globally or the 83 million consumer base of Iran that has still not opened up as a market or the 100 million in Egypt that is still recuperating) still remains untapped. Global marketers and holding companies fight challenges unique to this region — whether it is oil prices, geo-political tensions or the impact of global economies. The road to recovery is taking too much time.

Michelle Obama – “Do you think data has failed the expectations of leaders and people?”

UAE is far more advanced in its smart city adoption than most others. We are already seeing robocops, robo receptionists in government offices, end of use of paper in government, the likes of self-driven cabs are on the horizons — the advantages of digitization is already very visible in Dubai and Abu Dhabi. The governments are relentlessly pushing forward for more to make the city safer, more convenient and quality of life significantly better.

Alexa in the office — she is a lot smarter than some of our staff in controlling power but she is still more entertainment that anything else. Hoping that changes for the better sooner than later.

What will be an important headline of Arabian Marketer in 2025? 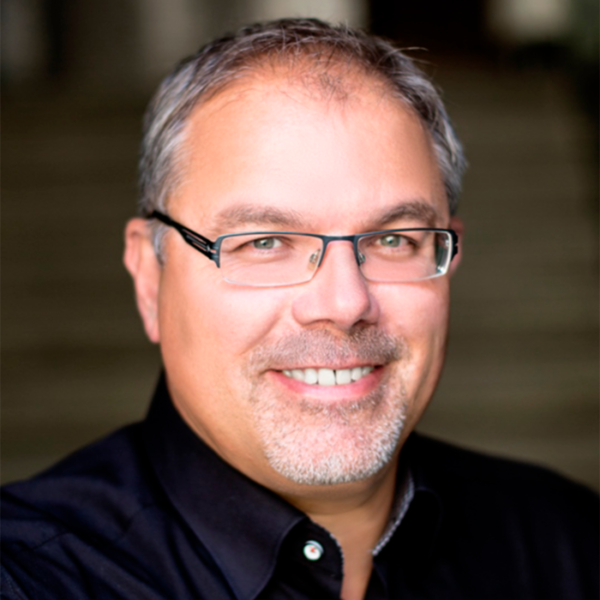 Facts and figures on mobile use in Germany
The mere-exposure effect – Why content marketing works
Guide: How to plan a successful cross-media campaign
Governing on Twitter and others: social media as a political communication form
Gen Z: How to Reach the New Generation of Consumers
Template: 7 good reasons in support of a social media editorial plan
The LinkedIn Social Selling Index (SSI): just a marketing ploy or a useful KPI?
Meaningful brands: What are the key ingredients of your brand value?
Perfectly planned social media marketing with our 2021 editorial plan template
90° turn: Vertical storytelling
Share this story

Facts and figures on mobile use in Germany
The mere-exposure effect – Why content marketing works
Guide: How to plan a successful cross-media campaign
Governing on Twitter and others: social media as a political communication form
Gen Z: How to Reach the New Generation of Consumers
Template: 7 good reasons in support of a social media editorial plan
The LinkedIn Social Selling Index (SSI): just a marketing ploy or a useful KPI?
Meaningful brands: What are the key ingredients of your brand value?
Perfectly planned social media marketing with our 2021 editorial plan template
90° turn: Vertical storytelling
Share this story