In a series of interviews the DMEXCO talks with responsible editors of our media and market partners all over the world about their personal lives, today´s media challenges and the digital business in their country or market. In this episode we talked to Brian Morrissey, President and Editor-in-Chief at Digiday.

Digiday is an online trade magazine and takes a global view of the media and marketing industries. It was founded 2008 by Nick Friese and is headquartered in New York City, with offices in London and Tokyo. The editorial staff is led by editor-in-chief Brian Morrissey. Digiday connects with its audience across web, email, podcasts, a quarterly magazine, a membership program and in-person events.

Please give us a short introduction: How did you become global editor-in-chief? What have you done before?

I came to Digiday eight years ago after six years as the digital editor at Adweek. The opportunity was to build a new vertical publication focused on the transformation of media and marketing.

What does the future hold for the trade media? And how do they meet these challenges at Digiday?

I don’t like the term trade media because it carries with it the connotations of being boring and cheerleaders. I don’t think that approach is very useful in modern industries undergoing profound change. In times of flux, a better approach is honest assessments of challenges facing industries. At the same time, people are less likely to make clear divisions between the content they consume out of interest and the content consumed for professional reasons.

Which headline at Digiday have you regretted? And why?

25 PR Habits That Drive Reporters Nuts. In 2013, we got pulled into the listicle phenomenon BuzzFeed unleashed on the world. We were figuring out who we were and trying many things. This approach quickly fell be the wayside because it didn’t line up with our brand promise of being smart and honest. Also, journalists complaining about PR people is cliche.

Probably Mattias Dorpfner of Axel Springer. I find Springer an interesting case of a publisher who is aggressive rather than defensive. I’d want to talk to him about reining in Google and Facebook, and how to get people to pay for journalistic content.

If it could make the subways more reliable, please bring it on.

I’m not big into tech gadgets, so probably AirPods because despite how goofy they look everyone who has them raves about them.

Outside of our own events, and we have quite a few, I’d say CES, DMEXCO and Cannes because these are the three main international gatherings for executives in media and marketing.

I’d move the event to Berlin.

What will be an important headline of Digiday in 2025?

I couldn’t even begin to guess.

Here you can find the interview with Claire Beale, Global Editor-in-Chief, Campaign Magazine 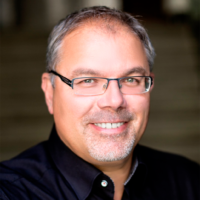 Christian Faltin is founder and co-owner oft the communication consultancy cocodibu, based in Munich. As Head of PR, the communication scientist is responsible for DMEXCO´s national and international media work. With his team from cocodibu, he advises companies in the digital economy and society on contemporary and effective communication strategies. In addition, he writes as an author for trade and business media and moderates trade events.