The number of likes is no longer visible for the first subjects on Instagram. Inevitably, this change will transform how companies use the platform.

Six months after the first announcement, the time has come. Instagram is rolling out a first worldwide test phase to stop displaying like counts under the posts. The company’s CEO, Adam Mosseri, recently announced this at the WIRED25 conference.

The test phase initially affected users from Canada starting in April and then from Brazil, Japan, Australia, New Zealand, Ireland and Italy starting in July. The test phase has now also arrived in the USA and the rest of the world. However, it may not be achieving the anticipated level of success in all cases, as an analysis of the influencer platform HypeAuditor shows. The content of 154,000 influencers, at least 30 percent of whose followers come from countries in the trial run, was examined.

In Brazil in particular, like counts per post fell considerably. In the segment of influencers with 20,000 to 100,000 followers, the decrease was almost 30 percent! Like counts also fell significantly in Australia, averaging 15 per cent. In Japan, on the other hand, the disappearance of like counts had some positive effects. In the field of influencers with a reach of 100,000 to one million, the number of likes rose by almost seven percent.

The “who” is still visible, but the “how many” remains unclear

But does hiding the number of likes mean that the information has disappeared entirely? No, at least not for the content creator. They can still see the count. The other users, however, can only see who has liked the post, but without the exact number. In the area where the number of likes was previously displayed, users can even view a list of people who clicked on “Like”. As a viewer, you could theoretically even calculate the number of likes – provided you have the time to scroll through the whole list, as Facebook founder Mark Zuckerberg commented at F8.

“As you scroll through your feed, there are no like counts. [..] You can see who liked a photo or video, you can tap through to see [the list], and if you have the time you can add them all up yourself.”

Is Instagram worried about the mental state of its users?

So why all the effort when so much information is basically still visible? The main focus is on the decision to make Instagram a safe and healthy place, especially for GenZ. At least that’s what Instagram claims in a tweet. According to this, Instagram wants “users to focus more on the photos and videos they share than on how many likes they get.” According to CEO Adam Mosseri, Instagram should primarily be a space for connections, conversations and community.

This sounds almost too good to be true. Looking back at 2017, the study conducted by the Royal Society for Public Health revealed Instagram to be the platform with the most devastating negative impact on adolescents. As such, hiding the number of likes could actually have a positive effect.

What remains, however, are the negative comments as well as the staging of a supposedly perfect life with views from infinity pools, etc. As rapper and Instagram icon Cardi B noted in her IGTV video, “What makes you feel more insecure, getting no likes or people constantly giving opinions about you, your life and topics?” Mosseri himself nevertheless appeared confident in this regard at WIRED25.

Or is Instagram just worried about its earnings after all?

We will make decisions that hurt the business if they help people's wellbeing and health.

According to Mosseri, this decision also has negative consequences for business with influencers. But is that really the case? After all, Instagram is part of a listed company. And therefore some experts and multipliers are expressing their doubts. They are much more convinced that Instagram was looking for a way to control the partnerships and especially the cash flow between influencers and brands, which was not previously possible. Ultimately, the disappearance of the like count primarily affects the platform’s creators that have a wide reach.

Likes have become one of the most important indicators when it comes to partnerships between influencers and brands. Now that these figures are no longer public, brands and influencer agencies will have to rely on reports from the influencers themselves in the form of screenshots, for example. But these can easily be manipulated. It will no longer be possible for agencies and companies to clearly identify engagement and the success of a post. At least not by way of the like count. In the worst case, this could mean that influencers will be left more or less empty-handed.

Creating problems to offer a solution

A solution to this problem would therefore need to be found. And such a solution would have to be provided quickly. As luck would have it, Instagram itself could provide such a quick fix, for example via a partner dashboard or API, so that clients can see the reach of their purchased posts for themselves. In fact, Instagram confirmed to Techcrunch that the company is well aware of the importance of like counts as a KPI for many creators and are actively working to find a way for influencers to communicate their value to their partners.

One thing is clear: this drastic change to Instagram could soon lead to a shift in the entire social media landscape. The current trial run could be the final step before like counts disappear for all users. After all, the “feature” of hidden likes was rolled out for every user in Canada after just three months of testing.

The disappearance of like counts and the call for qualitative KPIs

The questions raised make it clear how important it is to rethink performance measurement in marketing. Less quantity, more quality. LeBuzz founder Pascal Wabnitz demands this as well. The winds of change can already be felt in the field of nano-influencers. This is more about the content than the reach. But that’s not enough. Instead of mere reach, Wabnitz believes that success should be measured much more by factors such as the conversion rate, the downloads triggered and the number of purchases. In this way, the focus could shift from apparent to actual success.

Instagram’s true motive behind the disappearance of like counts remains controversial. The results of the trial run also remain unclear, as no figures have yet been published. The future of likes therefore remains uncertain. However, one thing is clear: drastic changes in the marketing world necessitate reevaluation of how we measure success. Future focus will be placed on high-quality key figures instead of mere reach. It is time to define new goals in marketing.

Are you looking for the right influencer for your company? Use our checklist to determine how to identify the right person based on more than just their reach. 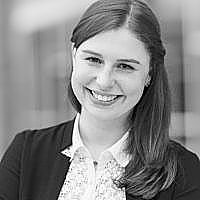 Michaela Fränzer is a junior PR consultant and strategist at the communications agency pr://ip - Primus Inter Pares based in Münster. She holds a B.A. in Crossmedia Production and Publishing and has worked as a journalist in several media on the hunt for the best story before she came to PR. Also works as a blogger with a love of photography, film and books.