Thanks to the workings of the mere-exposure effect, the brain reacts positively to stimuli that have previously been perceived subconsciously. This is precisely why content marketing works – but it also becomes clear why it takes time before a content strategy can deliver measurable results.

What characterizes the mere-exposure effect?

When a certain jingle sounds, the product to which it refers immediately comes to mind for many people. The same works for logos or claims, too. This is usually no coincidence but rather a mechanism – known as the “mere exposure effect.” In psychology, this effect refers to the fact that a repeated stimulus is rated more positively as the result of an earlier presentation.

The reason: The brain can process the stimulus more easily when confronted again; this builds trust, and the memory involved will generally be a positive one. The prerequisite, however, that the first contact is always a neutral one. Even frequent confrontation is not enough to turn a negative feeling into a positive one. The mere-exposure effect is the psychological reason why content marketing works so well, but it constant stimuli (content) are required before a positive assessment of a brand or company results.

That content marketing takes time is now common knowledge. The mechanisms that underlie this effect are often unknown, however. Once you have internalized how the mere-exposure effect works, you can orient your content marketing strategy around it in the future. In this connection, it is important for the effect to play out not at the conscious level but in the subconscious.

In fact, conscious awareness actually reduces the impact. That is because the mere-exposure effect differs from the typical recognition effect, which mainly involves recall but no positive attitude toward the object itself. So a good marketing strategy takes into account the mere-exposure effect and relies on substantive repetitions of individual aspects at regular intervals. But the message has to fit, too; otherwise, the effect can be reversed into a negative one.

A prerequisite for the mere-exposure effect is a stimulus that is ultimately assessed positively through repetition. So there is little reason to expect texts offering advice, or how-to videos, to have decisive immediate success. Rather, it is the continuous repetitions that ultimately lead to a positive assessment of a brand. This is also why content marketing only works in the long term. It takes an average of three to six months for traffic to change noticeably as a result of content marketing. That is because is only after the tenth contact that a positive perception of a product, object or topic arises. The stimulus for this does not have to be completely new to a user. Instead, even stimuli that are already known or have already been perceived also have an impact.

The bottom line: Good things take time, but then their impact is even stronger

Thanks to the mere-exposure effect, a product or company can be recalled positively in the long term. It is important for the initial attitude to have been a neutral one, though. It takes numerous repetitions for a content-marketing strategy to succeed. Companies should allow sufficient time for their strategy to take hold. Then, however – if planned and implemented well – that strategy can be all the more effective. 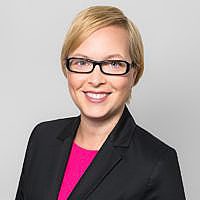