Edtech: The playground for technologies of the future

Edtech has become the frontrunner in groundbreaking innovation. VR, blockchain, AI – digital education is more exciting than ever. We took a look at what’s making edtech so exciting right now. So get out your pencils and pay attention!

Hardly any other sector has undergone more significant changes in recent years than the education sector. Yes, education, of all things – an industry that previously was often ridiculed and assigned rather more dubious attributes that did not exactly represent speed and innovation potential. But times have changed. So, it’s time to learn all about edtech!

Edtech: The most exciting ideas and principles

In the end, it was in fact a pandemic that woke the education sector from its slumber. School closures led to an abrupt rethinking across the world. The tried-and-true methods no longer worked. At the same time, never before had there been such a range of technologies to connect people to one another. Since then, many of the newly emerged platforms have overcome their teething problems, paving the way for new learning principles. Digital education has positioned itself for the future. We took a look at a few of the most exciting projects.

The Fraunhofer Institute’s Blockchain for Education addresses the question of how digital education certificates can be made forgery-proof on the one hand and universally accessible on the other. The idea: A lifelong learning credential that represents all of the certificates, applications, and qualifications you’ve received. The advantage of the blockchain lies in its security and archiving options. This emerging platform is to be realized on an open basis and will offer potential partners the opportunity to participate in its research and implementation.

WWF Germany, in cooperation with the German Federal Ministry of Education and Research, has developed the “Power to what? Power-to-X” virtual reality experience (VR). Its central question: What would a world look like in which people could live and do business without oil and natural gas? Could this stop climate change? Power-to-X is a process for using hydrogen as an energy source. Precisely because the topic is both highly complex and (currently) rather theoretical, WWF chose the VR experience to provide learners with tangible access to it. Spoiler alert: The people in the VR experience have successfully tackled the energy transition.

Strictly speaking, Minecraft Education Edition has been around since 2016. Since 2011 in fact, if we’re being really strict about it, when the first educators began to create the Minecraft mod that was bought by Microsoft and then continued to be developed. In the full version, entire school classes can play simultaneously in the captivatingly fun pixelated world. The teachers have the possibility of creating and saving their own game characters. Whether it’s math, physics, foreign languages, or history – all lesson content can be depicted in the Minecraft universe. The children move around in the Minecraft world, which is often already familiar to them, and absorb learning content in a totally playful way.

And for all those who say Minecraft is boring: Five new worlds were just released in the fall of 2022, which were created in cooperation with the BBC and represent the “Frozen Planet”. One of the highlights: Go hunting with orcas and learn how waves are created.

IU Germany emerged from a series of mergers in March 2021 and, with approximately 100,000 enrolled students, represents the largest university in the Federal Republic. In addition to a virtual campus, there are currently 28 different locations in Germany. The university offers around 200 different courses of study and degrees. The great strength of IU Germany lies in its flexibility: Whether online learning, classroom learning, or dual studies – the university adapts to its students and not the other way around. And the educational content, in turn, is tailored to their respective needs. Flexibility is considered to be one of the most important skills for the future – so it’s great that the educational institutions themselves are also progressively acquiring this skill.

BYJU’s has already had an exciting journey. Founded in 2011, the learning app was initially considered extremely vulnerable to bugs. In 2018, BYJU’s achieved unicorn status. And today, the Indian edtech company is considered the most valuable private startup in South Asia. According to its own data, about 115 million people use the app. BYJU’s allows students to learn at their own pace with short videos. It has since implemented VR experiences and data processing supported by artificial intelligence (AI) to further optimize the learning process.

Speaking of artificial intelligence: AI and education is already secretly considered a match made in heaven. Around the globe, demand for smart solutions in education is on the rise. At the forefront are “customized learning journeys” – unique learning journeys adapted to individual knowledge levels and preferences. In the future, grading will increasingly pass into the hands of AI automations. The work of teaching staff will be facilitated by intelligent teaching assistants to identify any knowledge gaps. And these are just a few of the potential uses of AI in edtech.

Into the future with edtech

In recent years, digitalized education has picked up incredible speed and will remain unstoppable. It’s therefore incredibly worthwhile to keep an eye on the innovations that are currently being brought to market in the edtech sector. 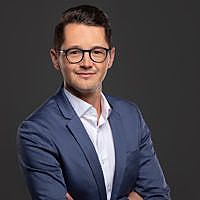