Developer Relations – Why software vendors should invest in DevRel

Developer relations, or developer marketing, is seen as one of the top trends in the digital economy. IT and tech companies enjoy huge economic benefits from a direct line to external developers.

DevRel – Strategic relationship management from one expert to another

From Microsoft to Intel, from Google to SAP – at more and more software and IT groups, developer relations is taking a central position in the strategic corporate alignment. DevRel is a relatively young trend from the USA which is also gaining ground in Europe and Germany.

It is a discipline in which contacts are selectively established and relationships strategically maintained with external software developers and programmers by a company’s own experts in these fields. With DevRel, companies pursue the main long-term goal of building up highly sustainable connections in the developer community. This is achieved by addressing users at eye level – from one expert to another, so to speak.

Developer Relations worldwide on the rise

Developer relations managers are currently in high demand, especially on the US and UK markets. As illustrated in the industry study “State of Developer Relations 2019” conducted by management consultancy hoopy:

52%
of so-called Developer Evangelists and currently work in the US
15%
in the UK.

While smaller companies may often only have a single developer relations manager, it’s not uncommon today for the tech giants to run developer relations teams comprising several dozen to several hundred specialists for maintaining contact with the community. A glance at the job advertisements in the German-speaking world also shows a sharp increase in demand for the specialized networkers.

Where does the increasing demand for DevRel come from? One of the key drivers behind this trend is simply the ever-growing influence that developers enjoy as their companies become increasingly digitalized. Accordingly, their decision-making authority to select technology, for example, and the confidence in that decision-making, are rising steadily.

The freedom of developers to choose their preferred technologies is correspondingly large nowadays. With this, vendors of IT and software products gain direct access to what is a highly exciting target group for them – while at the same time avoiding the previous detour involving decision makers from outside the field.

Developer relations hits the zeitgeist in the developer community

Developer Evangelists are also benefiting from another trend in the developer community, namely that many developers are increasingly turning to networking for exchanging ideas – especially as regards their work challenges and results, and also beyond the boundaries of their own companies. It’s not without reason, therefore, that DevRel meetings and DevRel conferences – such as the DevRelCon – are attracting huge interest worldwide, for they offer specialized networkers ideal starting points for establishing and managing business relationships.

Different goals can be pursued in the dialog between companies and external developers depending on the size of the developer relation team, the company’s degree of development and its business alignment:

DevRel means intensive relationship management and should not therefore be regarded as a sprint, but rather as an endurance run. The successful build-up of contacts and networking in the developer scene require a long-term, sustainable strategy, and usually also a great deal of staying power. Winning over others depends on good ideas, suitable content and holistic support. After all, the interpersonal aspect is ultimately paramount for contact management in developer relations – precisely where companies need to build trust and convince. 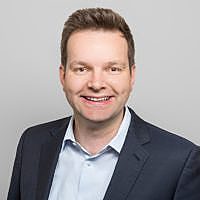