Silicon Valley is considered the center of digitalization, but China is pushing hard to conquer the technology throne.

For many years, Silicon Valley has been regarded as the world’s leading technology location and the epicenter of innovation. Probably no other region has been visited by as many executive boards from Europe and Germany in recent years. The focus has always been on the spirit of innovation that German companies would like to adapt for their own digital transformation. But perhaps the dominance of GAFA has caused us to look too much in one direction, because Google, Apple, Facebook and Amazon only play a minor role in China. Instead, an alternative conglomerate of technology companies has formed, called BATX, which is dominating the gigantic Chinese market. Baidu, Alibaba, Tencent and Xiaomi by no means focus only on the domestic market; they are investing more and more overseas.

If you compare just the US and Chinese markets, the BATX companies are already ahead in many areas, as the “China Internet Report” shows nicely. The key factor here is the sheer size of the market. China already has more than twice as many Internet users (772 vs. 292 million). A look at the online quotas also shows that China has even more growth potential. Only 55 percent of Chinese people have access to the Internet, whereas it is 89 percent in the USA.

In another comparison it becomes clear that later development does not have to mean a general disadvantage. While the US economy played a major role in the Internet’s development, it took much longer for the Internet to spread in China. As a result, many Chinese did not get online until the mobile first era. For many people, the smartphone is often not an additional device for contacting the web, but their only one. Therefore, mobile services do not have to assert themselves against the usual desktop services in China – they are accepted much faster. The Chinese tech companies are thus investing hugely in mobile services that are quickly accepted by users. In western countries, on the other hand, there is restraint on both sides: investments are not being made because users do not generate demand – or is there no demand because there are no offers?

One good example of the different dynamics in the markets is mobile payment. According to the “China Internet Report”, only 15 percent of people in the USA (48 million) use mobile payment methods, while in China this figure is already 37 percent (527 million). Thanks to established payment service providers such as Alipay (Alibaba) or WeChat Pay (Tencent), the Chinese also use their smartphones for payment transactions that are not typical situations for mobile payment, such as paying their electricity bills. And even on their travels to Germany the Chinese do not have to do without their usual cashless payment: at Munich Airport, for example, Chinese tourists can pay with Alipay and WeChat Pay in numerous shops thanks to Wirecard.

“China shows how payment will look in the future: With a solution like Alipay you can not only pay by smartphone anywhere, but also receive vouchers, discounts or recommendations from friends. This is a great opportunity for retailers to come into contact with potential customers – also in Europe. We are proud to bring such forward-looking solutions here and have already integrated them with many different companies such as The Body Shop, Swarovski or Rossmann“, says Markus Eichinger, Executive Vice President Group Strategy, Wirecard AG.

BATX pushing the future of digitalization

But mobile payment is just one of many examples with which BATX are driving innovation. In the Greater Bay Area around the metropolises Hong Kong, Shenzhen and Guangzhou, masses of innovative start-ups are appearing, of which more than 1,000 have been taken over by BATX in the last decade. They can thus continuously expand their original core business and establish themselves in areas such as AI, social media, cyber security, mobility or autonomous driving. This creates large business ecosystems spanning various industries that support each other and are less susceptible to crises.

This is also made possible by state isolation, which excludes American competition for the most part. In addition, they serve their huge local market perfectly by taking a highly customer-centered approach and constantly asking themselves: What else can we do for our customers?

The danger for GAFA lies not only in the fact that they do not play a role in the Chinese market, but also in BATX’s expansion efforts. Driven by innovation and customer focus, the Chinese “Big Four” have good opportunities in the entire Southeast Asian market. But Alibaba etc. could also have the edge in Africa, because here too Internet access is primarily via the smartphone. “You only ignore China now at your peril,” was how Gary Rieschel from Chinese venture capitalist Qiming Venture Partners summed it up at the Brainstorming Tech Conference.

The bottom line: Customer focus as a strategy

The question remains as to how GAFA will react to the threat. Although a consistent focus on customer benefit is a strategy, with which Google, Apple, Facebook and Amazon have also laid the foundation for their dominance, does this still apply today? Customer requirements change permanently and very dynamically in the course of digitalization, which means that GAFA also have to keep adapting so as not to become the next Nokia. Just seven years ago, the Finnish group was still the market-leading cell phone manufacturer – and today?

Share
About the author
Falk Hedemann
Falk Hedemann is a freelance journalist and content editor. He is not only a passionate writer for specialist media, but also brings his journalistic experience to companies' digital communication and content projects in a variety of ways. His round trip is rounded off by the colourful world of content as co-editor of the UPLOAD magazine. 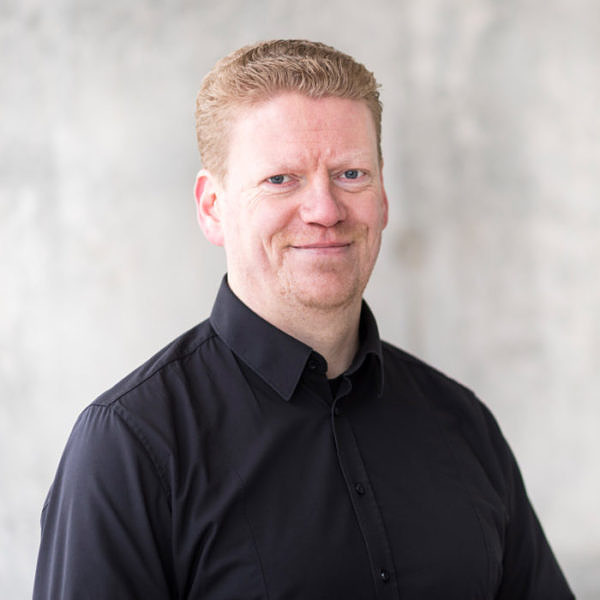 Emotion AI – the artificial emotional intelligence
Using AI to create a personalized shopping experience in online retail
Facts and figures on mobile use in Germany
AI at work: Automated ad placement with programmatic advertising
Corporate digital responsibility: why digital ethics are essential
Five trends in the mobile communications market
Digitalization of the construction industry: BIM and tech leading the way
How virtual influencers are taking off in digital marketing
Governing on Twitter and others: social media as a political communication form
Programmed for the future: Five programmatic advertising trends
Share this story

Emotion AI – the artificial emotional intelligence
Using AI to create a personalized shopping experience in online retail
Facts and figures on mobile use in Germany
AI at work: Automated ad placement with programmatic advertising
Corporate digital responsibility: why digital ethics are essential
Five trends in the mobile communications market
Digitalization of the construction industry: BIM and tech leading the way
How virtual influencers are taking off in digital marketing
Governing on Twitter and others: social media as a political communication form
Programmed for the future: Five programmatic advertising trends
Share this story