Guide: TikTok marketing – here’s how to use the video app for your business

Nearly no app is currently experiencing rates of growth as high as TikTok is. Some companies have already successfully placed themselves on the video platform. What do the best practices look like, and what can you learn from them for TikTok marketing?

How interesting is TikTok advertising for businesses?

According to Sensor Tower, TikTok was the second most downloaded app in Europe, after WhatsApp, in the last quarter of 2019. TikTok has nearly a billion downloads worldwide – meaning that theoretically, around one in eight citizens of earth has already downloaded the app to his or her smartphone. A significant share of users – around 500 million – live in China, where the app is also known as “Douyin.” But the social media channel, which emerged from the lip-sync app musical.ly, is on the rise in Germany, too. Since 2016, the year of its release, the number of users of the app in Germany has been steadily increasing.

TikTok captures the spirit of Generation Z: The vast majority of users are (at times significantly) younger than 24 years of age. The short videos produced and posted by users are characterized by their brevity, originality and great entertainment value. No more than 15 or 60 seconds at the user’s option, the clips show dance performances, acrobatic interludes, comedy spots, tutorials, pranks and more. If a company manages to compete credibly with these requirements, TikTok advertising can reach a young to very young target group.

Is TikTok marketing the right thing for your business?

Large companies such as adidas, Samsung and Huawei have already jumped onto the hype and launched extremely successful campaigns on the video platform. Overall, however, the competition here is still relatively thin when compared to Facebook, Instagram et al. TikTok offers interesting marketing options and is increasingly used as a recruitment tool, too.

Anyone who wants to use the channel for their company should by no means overlook the fact that criticism of TikTok is growing, too. These voices should not simply be ignored and should be monitored further in any case.

In the first attempts to use TikTok as a marketing tool, hashtag challenges and partnering with influencers proved particularly promising. A well-known example is the British sportswear manufacturer Gymshark, which was able to use influencer marketing on TikTok to achieve a high reach: In the short videos, fitness influencers in Gymshark clothing show their impressive performances.

When your spotter takes it too far ? lauren_lf #gymshark #gymshark66 #gym

With the hashtag challenge #inmydenim, fashion label Guess called upon influencers as well as normal users to exhibit a before-and-after transformation. In the commercials, initially frowning protagonists are transformed into radiant icons of fashion with the aid of Guess apparel and a magical hand. The campaign was called up about 40 million times.

I Guess I am ready for school ?! #inmydenim

For cosmetics manufacturer MAC, during New York Fashion Week 2019, the Hamburg-based agency Pulse Advertising launched its #YouOwnIt hashtag challenge. Influencers and their followers were asked to use MAC cosmetics to spruce themselves up in ways suitable for the fashion catwalk. Some 2.3 billion views made this likely the most successful TikTok campaign of all.

I changed my hair ? Show me how you change it up using #youownit -#MACBackstage #ad maccosmetics

The increasingly popular video network is gaining in relevance, and not just in terms of marketing. TikTok can also serve as a recruiting tool by targeting its appeal to a younger age group. Still, the platform is not suitable for every company. Since TikTok is characterized by highly creative, user-generated content, social-media marketing needs to contribute a correspondingly high degree of authenticity and originality to reach its users.

Read our guide to see how best to proceed if you want to use TikTok for your business. 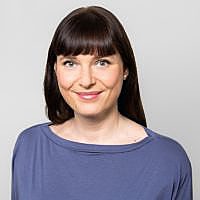 Katja Schulz is editor-in-chief and content strategist at content marketing agency textbest in Berlin. As a German and business studies graduate, she finds it incredibly easy to switch perspectives across various disciplines. She used this skill to create a company’s own news portal and during the last six years on an agency level. She has a keen interest in complex digital issues that have an impact on our lives.