Social media are subject to constant change. Their evolution in recent years from social networks to platforms for news, shopping, and political topics seems to know no end. Here are the social media trends of 2023 at a glance!

Social media as a mirror to society

Our world is more fast-paced than ever, and every day, each of us is bombarded with a wealth of information – much of it via social media. This development has had an impact on the entire industry; many proven marketing methods have had to be rethought. 2023 will also challenge companies: New perspectives will need to be adopted and customers will need to be brought even closer. We have summarized our highlights of 2023’s social media trends for you – from new social media platforms to AI-generated images.

BeReal is one of the fastest growing social media apps of all. A data analysis by Apptopia showed the app’s rapid growth as early as mid-2022 – primarily in the U.S. and France. Since then, the hype has reached us, too, and it’s become a popular alternative to Instagram, especially for Gen Z. What’s behind it? In a world full of fakery, BeReal has taken up the cause of “being real”:

It’s not about staging, but about authenticity.

And that’s what consumers expect from brands, too! Even though BeReal doesn’t offer advertising options yet, brands such as Chipotle show how it can still work. BeReal is definitely one of the social media trends of 2023. With authentic content, a clear stance, and intimate insights, your company can also capture Gen Z’s attention on this platform.

An outcry went up throughout the (media) world following Musk’s takeover of the short message service Twitter. Private individuals threatened to boycott the service, and major companies announced their withdrawal. Losers create winners, and that’s how the Mastodon microblogging service Mastodon gGmbH, founded in Jena and now based in Berlin, came on the scene. So are we all now saying #ByeByeTwitter and #HelloMastodon? Thanks to scientists Gareth Tyson from the Hong Kong University of Science and Technology and Bin Zia and Ignacio Castro from Queen Mary University of London, there are now initial figures to answer this question. Their report, which was published in New Scientist, recounted: “Only a handful of Twitter users who have threatened to leave the social network for open-source alternative Mastodon have actually deleted their Twitter accounts.

An analysis of more than 140,000 Twitter users shows that although plenty of people have said they are leaving the site, only 1.6 per cent have wholly abandoned the platform.”

Which (at least for now) answers the question: #ByeByeTwitter? Probably not.

Anyone who still thinks of Dolly the cloned sheep when they think of artificial intelligence has missed out on a lot when it comes to AI. A number of companies around the world have been working for years on systems that can translate text input into images. In 2022, this development dramatically picked up speed, showing huge growth potential, and turning out to be a future market for investors and corporations. Programs such as Dall-E, Midjourney, and Stable Diffusion have not only changed the art world forever, but the marketing world too. For example, the laborious search for stock photos could soon be a thing of the past. But the question of how to deal with artificial intelligence is not without its controversies and has long been a political issue as well. Perhaps 2023 will have the answer.

The Lensa app, which had already started to dominate profile pictures by the end of 2022, shows just how fast the hype train is rolling.

For a fee, Lensa creates several AI-generated avatar images that are rendered in the style of classic paintings or modern art and are actually very impressive.

However, Lensa is already showing its ugly side: There are questions about data protection, and copyright issues have not been cleared up. Many artists are complaining that the AI has been fed vast amounts of “real” art in order to produce and commercialize its results.

Listen up! Social listening will grow in importance

Even though Google’s farewell to cookies, announced at DMEXCO 2022, has been postponed to 2024 for now, the company will invest a lot of time and money in the coming year: “…that means we have to rethink the technology on which the whole web advertising system is built, building new privacy-first solutions. That’s exactly what we’re doing with the Privacy Sandbox. It’s about sharing, collaboratively testing, and refining technologies that help you run effective ads. So you can quantify what matters and get the business results you want,” specifies Matt Brittin, Google EMEA President. This is one development that marketers should definitely keep on their radar in 2023!

Brands must look for new ways to generate data.

In terms of social media, that means one thing: listening. Social listening is becoming increasingly important and will definitely continue to gain more significance in 2023.

The term refers to tools for monitoring hashtags or mentions on the social web. In view of the inevitable impending end of third-party data, marketers should start listening very closely to what users want by 2023, at the latest.

So what will 2023 bring us in terms of social media? A great deal closer to the customer, that much is certain. And the importance of social media for the customer experience will only increase further. After two years marked by the pandemic, war, and economic downturn, people want authenticity, a strong attitude, and less fakery. What that specifically looks like will be shown by the community that needs to be nurtured. Perhaps it’ll soon be #ByeByePersona and #HelloCommunity – but for now it’s #ByeBye2022 and #Hello2023! 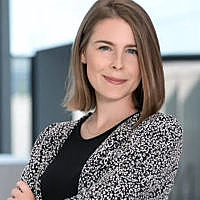