DMEXCO Goes for Greater Quality in 2018

This year, the DMEXCO is once again expecting more than 1,000 exhibitors to showcase their innovative services and products in a total of six halls on over 100,000 square meters of exhibition space at Koelnmesse on September 12 & 13. The exhibitor interest thus is at least as great as it was last year. Leading companies from the German and international digital economy, such as Adobe, Facebook, Goldbach Group, Instagram, IP, Payback and Teads, have already booked or even increased their stand areas. In addition, several dozen returning and new exhibitors, including Ericsson and Xing, will be present. “The proportion of international companies is currently even higher than it was last year”, says Philipp Hilbig, Director Expo & Operations for the DMEXCO. “In discussions with more than 50 exhibitors, we identified opportunities for improvement for the DMEXCO, which we will put into practice in 2018 to further improve the quality and relevance of contacts between exhibitors and visitors”, adds Dominik Matyka, Chief Advisor of DMEXCO.

The DMEXCO conference will maintain the event’s global focus. Dominik Matyka’s DMEXCO congress team will present an internationally first-class conference program, integrating the most relevant topics from the German-speaking market. All stages will remain at their current locations in 2018: the Seminars and the Start-up Village will be located in Hall 5. The number of young companies is set to rise from 150 to at least 200 this year. The Debate Hall and Agency Lounge will stay in Hall 6 and the Congress Hall will be in Hall 9 as usual. The motto of the DMEXCO 2018, initial highlights from the conference and new exhibitors from Germany and abroad will be announced by the DMEXCO in April.

Good news for trade visitors: the price of a regular ticket will stay the same at 99 euros in 2018; the online ticket shop will open in July. Compared to other specialist events, the DMEXCO thus offers unbeatable value for money. There is a quota of free tickets available for BVDW members (German Federal Association of the Digital Economy), linked to the size of their stand. “Together with exhibitors, we have also identified target groups, such as Young Leaders or Rising CMOs, who we – and our partners – want to offer special tickets”, says Dominik Matyka.

Guest appearance by DMEXCO at SXSW and the Online Marketing Rockstars

The most significant platform for the digital economy is also widening its network within other industry events. Thus the DMEXCO is inviting visitors of South by Southwest (SXSW), which takes place from March 9 to 18 in Austin/Texas, to the BBQ party in the German House on March 12, 2018. And the “DMEXCO Wake-up powered by OMR” will be held on March 24, on the morning after the Online Marketing Rockstars in Hamburg, to which the DMEXCO will invite the industry’s decision-makers in person. The DMEXCO side events, which took the form of Satellites and Night Talks in past years, are currently being redesigned.

Goodbye productivity killers: 20 tips on how to create efficient meetings 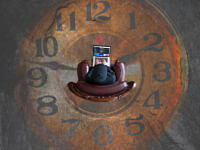 Guide: How can agile working be implemented in agencies?
Share this story