Albrecht Behmel translates the DMEXCO motto into four paintings. Will one of the 15,000-euro originals be yours soon?

What has today’s art market got to do with cutting edge technologies? Old Masters, Canvas, Art galleries are the epitome of the analogue world. But assumptions can be deceptive. The art world is on the verge of a revolution. As always, the question is who is going to ride the wave of this revolution.

Art dealers such as Stefan Simchowitz or artists like Kevin Abosch, Yoko Ono or Ai Weiwei have become Instagram stars. Spectacular prices for the art are being reached. This is why DMEXCO with its digerati community is embracing this theme with an exhibition of Albrecht Behmel’s works and offering the chance for someone to win a 15 000 Euro painting. Albrecht’s works are hanging in the Empire State Building and at Guy Kawasaki’s.

In the run up to DMEXCO, the artist explored the conference and expo 2018 motto ‘Take C.A.R.E’, an acronym for Curiosity, Action, Responsibility, Experience for inspiration. Each of the four resulting works of art is a standalone painting and certified with a Blockchain certificate. Hence, all future owners and places in which the art will hang can be recorded.

With the right creative idea and a bit of luck, one these works of arts can be hanging in your home or office.

Instagram is one of the best channels for pictures and we are calling the whole DMEXCO community to rise to the creative challenge. Show us, in pictures or videos where the painting would hang if you won the prize. You could incorporate the challenge into your own pre-DMEXCO marketing. Whatever way, the post should be coupled with a short text giving a reason why the painting would best suit your hanging space. Please add the hashtags #DMEXCO18, #BlockchainOriginals and #HangTheBlockchain.

The next step is to motivate your communities to get as viral as possible. Just before the start of DMEXCO, the top ten entries with the most internet action will be judged by the jury, consisting of Dominik Matyka (DMEXCO Chief advisor), Judith Kühn (Director of DMEXCO Conference), Philipp Hibig (Director of DMEXCO expo) and last but least Albrecht Behmel himself. The prize-winners will be announced at DMEXCO. Either individual or groups can enter and we will be particularly excited about participation from exhibitors.

In addition to the four originals, four (5mx5m) reproduction prints of the works will be hung in one of busy halls. At the end of the event, the artist will cut up and sign these massive prints and a section sent to a chosen person such as a VIP guest or speaker as an invitation to DMEXCO 2019.

Again, the whole DMEXCO community is called to the creative challenge with 25 Prints (1x1m) to be won. The challenge is for teams or individuals to get the most reactions from their posts (Instagram and Twitter) of the works of art with a great caption and hashtags #DMEXCO18, #BlockchainOriginals and #HangTheBlockchain. The top 25 will be the winners of an Albrecht Behmel signed and Blockchain certified (1x1m) section of one of the giant prints.

The artist and author Allbrecht Behmal (born 1971) studied in Heidelberg and Berlin. He has been living in the Black Forest since 2012 and travels for work to large cities such as New York, Paris, Los Angeles, Miami, London and Berlin. He became fascinated with the digital world in the 90s as he founded a digital printing operation and experimented with the first e-books in Germany. Albrecht, is amongst other things, famous for his guerrilla ‘Vernissage’ in underground garages, parks and unusual rooms, where his works of art are shown with an extra creative impulse. As an author, he has developed works for Arte, SWR, Deutschlandfunk, SR and many other production companies. He has also written several fiction and non-fiction works.

Albrecht Behmels’ award-winning paintings are famous. His style in ‘the Magic of the Swarms’ is based on the fusion of shapes into more complex forms and about the interaction of colours. Each color has a meaning created from an ‘algorithm’ in the brain and follows a certain logic. This creates an expressive mosaic of abstract forms which together form a metaphorical picture. With these works, the artist tells stories, captures faces in portraits, paints landscapes and captures inner and outer realities onto canvas. He creates his pictures slowly by hand in his atelier in the Black Forest and each canvas takes about 2- 3 weeks to conceive and create. His works are exhibited in art cities like Basel, Zurich, Miami and London, but also in Berlin, Manila and Los Angeles. After the creARTive DMEXCO challenge, he will have an exhibition at Art Basel, Miami.

About the author
Christoph Salzig
Christoph Salzig is the owner of the communication consultancy pr://ip - Primus Inter Pares based in Münster. The studied communication scientist was press speaker of the Federal Association of the Digital Economy (BVDW) registered association. With his team he specialized in web-based communication and advises enterprises and organizations in questions around the topics PR and marketing. He also writes as a freelance author for specialist and business magazines and works as a lecturer and coach. 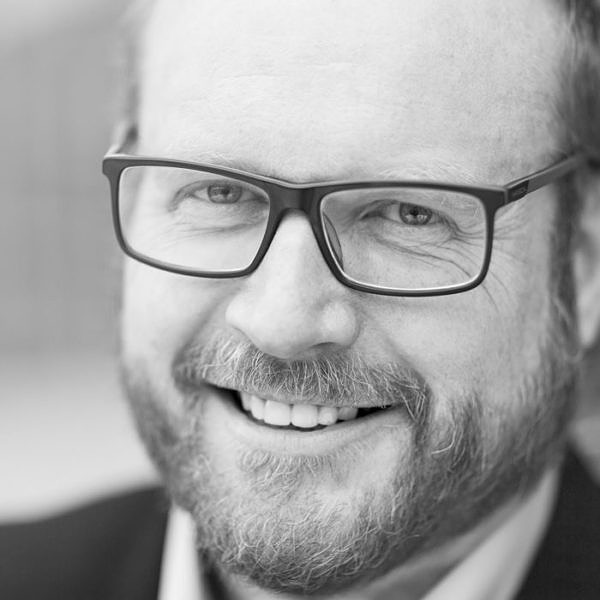 The climate is overheating – time for green data centers!
Is it all just bullshit bingo? The most overestimated trends in 2019
Spotlight on farmer connect®: data for transparent and fair supply chains
How Deutsche Telekom uses blockchain
Tokenizing your Body: Why the GenZ sells its data
Ad fraud: Can AI and blockchain help?
Blockchain, art & 15,000 euros for a post
Christof Baron: “Blockchain has a speed problem”
Blockchain: smart and justified
Take C.A.R.E.: DMEXCO 2018 launches debate on the future of the digital economy
Share this story

The climate is overheating – time for green data centers!
Is it all just bullshit bingo? The most overestimated trends in 2019
Spotlight on farmer connect®: data for transparent and fair supply chains
How Deutsche Telekom uses blockchain
Tokenizing your Body: Why the GenZ sells its data
Ad fraud: Can AI and blockchain help?
Blockchain, art & 15,000 euros for a post
Christof Baron: “Blockchain has a speed problem”
Blockchain: smart and justified
Take C.A.R.E.: DMEXCO 2018 launches debate on the future of the digital economy
Share this story