Virtual brand ambassadors are coming and they are showing that technology optimizes influencer marketing.

First Renault simply called her “Ambassadrice”, the ambassador, now she’s having a realistic name: Liz. The car manufacturer advertises its Kadjar model across various media using a female avatar. It would make sense for her to have a life of her own and a profile on social media, where she presents travel destinations, bags and lifestyle alongside cars as an influencer. Renault would be ahead of the game, because virtual influencers are currently entering Instagram and Youtube. “Virtual influencers are used to simulate social life, which is exciting for brands,” says Julian Freese, co-initiator of the social media platform Reachbird.io. “Businesses can customize an avatar and its environment to their own needs.” At the same time, the virtual characters are indicating how influencer marketing is becoming further engineered and automated.

Too much perfection is confusing

The first virtual influencers were seen in social media as early as 2016, but now they are picking up speed. Lil Miquela is particularly popular. The artificial lady puts on make-up and presents clothing. She is followed by 1.5 million fans and she has a friend, Blawko22, who is also an avatar, but with a rapper image and 136,000 followers. Noonoouri, on the other hand, looks like a doll, is from Germany and meets models, fashion designers and bloggers. Vogue says of Shudu.Gram, on the other hand, that she has everything “that makes a supermodel”. In some posts, in which she presents haute couture, she can hardly be distinguished from real mannequins. Influencers judge the trend to be “borderline” because it’s too close to being fake: “Lil Miquela’s charm lies in the fact that you recognize the artificial,” says Freese. “The challenge for virtual influencers consists of developing an emotional bond with fans. This can’t be achieved if they look too perfect.” However, perfection seems to be working in fashion after all. At least 157,000 fans are following Shudu.Gram and she has been booked by Balmain among others. And Dior achieved half a million views via a post by Noonoouri.

Are virtual influencers a new business?

The artificial beings are created by influencers and creative agencies. Shudu.Gram is the product of London photographer Cameron-James Wilson and the agency Digitales. It presents itself as a booking agency and has expanded its model pool to include two more avatars. Despite the development effort, they are cheaper than a real shooting and its marketing. “Postings are not produced quickly,” says Jörg Zuber, the developer of Noonoouri and creative director of the Munich agency Opium Effects. “A picture takes three days, an animated story two to six weeks.” The graphic designer invested a six-figure sum in the development of his artificial figure and now works with selected brands for postings.

The technology for developing and animating avatars will certainly get cheaper. The US investment company Sequoia already senses a business opportunity. It financed Brud, the start-up from Los Angeles that created Lil Miquela along with her gang and otherwise deals with artificial intelligence and robotics, with a seven-figure sum. This could be an indication that virtual influencers are not just a short-lived hype, but could also support advertising and customer communication on the long run. “It is conceivable that virtual influencers will develop into their own brands,” says Zuber. “But ultimately they remain virtual and are constructs of human developers.” They would seem more original and human if not all of them had perfect slim figures.

At the same time, the avatars show that technology and automation are playing an increasingly important role in influencer marketing: “A system that automates the creation of images and texts does not yet exist and probably wouldn’t work,” says Freese. “Content must be created by influencers themselves, but tools help create and optimize posts.” Above all, however, they provide data and numbers. Tools like Buzzbird, Blogfoster and Swat.io facilitate content planning and collaboration, while Reachbird.io enables companies to find and brief influencers. The platform uses artificial intelligence to ensure all hashtags, names and markings required in the briefing are mentioned when posting, optimizes image selection and text long term and provides reports on the effect of posts. “Artificial intelligence now helps structure unstructured data,” explains Freese. The activities and followers of an influencer account can be checked anonymously in this way and more transparency is created. This benefits everyone involved. 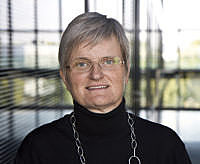