Smart Data, AI, AR and IoT are not only disruptive, but also enable new business models.

When speaking of the effects of digital transformation, especially in Germany, one can quickly get the impression that more is being destroyed than is being created. For example, when Zalando announced the restructuring of its marketing department in the spring of 2018, the news focused on the 250 jobs being cut. The fact that new developer jobs were being created at the same time, however, was almost completely ignored. But this is precisely one of the essential characteristics of revolutionary changes: something old is replaced by something more advanced. Companies that don’t keep up run the risk of being ousted by progress. This is not exclusively a matter of technological development. New technologies simply pave the way for changed or completely new business models.

Thus, retail platforms like Zalando are also attempting to open new business areas using the opportunities provided by modern technologies. Among other things, user data provides great potential in this regard. Intelligent algorithms are required to evaluate this data sensibly, for which Zalando needs programmers and not marketing staff. As painful as the job cuts at Zalando may be, it makes sense to develop new areas of business.

The prerequisites for new business models

In order to understand the new opportunities and business areas arising from digitalization, we must first look at the basics. First, lots of data is originating from a growing number of sources. Processes, communication and workflows are being further digitalized and thus creating big data streams. Increasing connectivity is another factor. More and more devices are connected to the Internet: from cars to toothbrushes with a Bluetooth connection. This creates additional data that already has correlations. To make optimum use of this big data, it must be converted into smart data via using artificial intelligence (AI). Only then can new business models be derived from the knowledge gained.

However, the most important prerequisite for identifying and tapping into new areas of business is probably not the use of technologies, but one’s own mindset. The willingness to question the very pillars of one’s success is a difficult but fundamental step in the digital transformation process. Those who stick to established business models for too long, on the other hand, run the risk of being passed by others. This applies to every company, regardless of whether it is part of the “old economy”, a medium-sized business, a start-up or a disruptor.

It is with this mindset that co-founder and former CEO of Uber, Travis Kalanick, declared in June 2016 that the transport service was not attacking the taxi industry, but wanted to become the “Amazon of mobility”. As such, Uber is focusing on its vision of being a digital platform that can be used to handle all types of mobility. Hailing a ride actually only represents a small part of this vision. In the future it will also include transporting goods and other means of transport such as air taxis.

The digital mindset also includes a good dose of common sense. Not everything that can be derived from the data should become a new business. Even today, at the very beginning of the digital transformation, many people are concerned about their privacy and the protection of their personal data. Therefore, new digital business models should always be designed with their benefit for people in mind. If, on the other hand, digital services only generate data used for advertisement-based business models, they are likely to have difficulties gaining acceptance. Digitalization should serve people, not vice versa.

Connectedness is certainly one of the most exciting components of digitalization. The Internet of Things (IoT) is bringing devices into the digital world, which previously led a secluded analog life. This provides numerous business opportunities. Companies that previously only generated revenue by selling their products can now become service providers through the use of sensors and connection to the digital world. For example, they can offer maintenance at just the right time before repairs are required. The same applies to the sale of consumables and accessories. Using Augmented Reality (AR), technicians can even be instructed remotely without having to have specific knowledge. If they do not want to offer this themselves, they can position themselves as a platform and assign maintenance and other services on a commission basis.

However, connectedness can also be thought of in a different way. The direct sales company Vorwerk is a good example of this. Digitalization of the company’s Thermomix food processor is a success story, because of its focus on the benefits for consumers. They are not only providing a helper for the preparation of meals, but a complete ecosystem on the subject of nutrition. Families can use an app to agree on what to cook. There is also a large recipe database that is specifically adapted to the Thermomix. The next step consists of having the required ingredients delivered using the app. To achieve this, Vorwerk has partnered with Rewe Digital, whose delivery service then brings the orders to the door. Connectedness therefore also includes companies from different industries connecting to meet more sophisticated customer demands together.

Many new areas of business are also opening up in the field of mobility. Deutsche Bahn, among others, is thinking along similar lines as Uber. The company is not only concentrating on its railway network, but intends to become the leading mobility provider in Germany. Many projects are currently still in the pilot phase or planning stage. With the “ioki”, for example, the value chain is to be extended to the first and last mile, as the on-demand platform offers customers a shuttle service that can be booked conveniently via app and runs exactly when the customer needs it. Moreover, the pilot project is not currently taking place in a big metropolis, but in the rural Rhineland-Palatinate town of Wittlich. And the price? Rail passengers with a season ticket or a single ticket pay a surcharge of only one euro for the shuttle service. A taxi ride would cost more right from the start.

The bottom line: the courage to self-disrupt

We are all familiar with the headlines, according to which digitalization is destroying jobs and entire industries are having to fight for their survival. However, this is not a sign of digitalization, but rather a sign that we have reached the next stage of economic and social evolution. The printing press, the steam engine and the personal computer also initially caused great upheaval. Old jobs and companies are becoming obsolete, but new fields of work and business are emerging. Companies that actively engage in change and critically review their own business models can become the winners of digitalization. Those who defend yesterday, however, could find themselves among tomorrow’s losers. 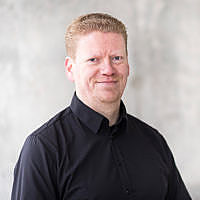