The Rise and Risk of Purpose Driven Marketing

Purpose Driven Marketing is all about tact. Where are the pitfalls for companies and how can they avoid them?

Profit is usually the most important factor from a company perspective. 250 years ago, economist and philosopher Adam Smith described the recipe for success for a profitable company with his principle of the invisible hand: When companies pursue their own interests, they indirectly contribute to the betterment of society as a whole. This principle has not held true in the globalized world and increasingly active consumers are demanding that companies and brands position themselves in a way that goes beyond pure self-interest and includes socially relevant goals. The decision for a certain product is made consciously and actively, because consumers want to identify themselves with the brands they wear or use.

Brands like Nike are leading the way in this regard: the campaign launched in September 2018 with ex-football professional Colin Kaepernick attracted immense attention worldwide—both positive and negative. At a training match in August 2016, the NFL quarterback had kneeled instead of standing during the national anthem to protest police violence against African Americans. This triggered the #TakeAKnee protest movement, which was joined by many well-known NFL players and other athletes.

Some companies like the ecological Ecosia search engine have even arisen out of a social concern. The DMEXCO panel discussion “We Care! – How business and sustainability work together” with Ecosia CMO Hannah Wickes was about why her company and the two other panelists from Rakuten and Dept consider the consistent sustainable orientation of their companies to be of eminent importance for success in the future.

Shopping as a political statement

55% of consumers consider companies to play a greater role than the government when it comes to future developments, according to the Havas study “Meaningful Brands”. The external presentation of the corporate brand and positioning with regard to social issues are decisive to remaining relevant as a company. Non-positioning is not an option. A clearly communicated corporate purpose and its implementation are relevant to building trust. This is especially true in this age of fake news accusations, exhaust scandals, anonymization through the Internet and new technologies.

"When it comes to building trust, there are no words on a stage that are going to do it. A company like us, or any company is going to be judged and should be judged on their actions."

Positioning has to be done right!

Taking a position can be an enormous success factor, as Stephan Vogel, CCO of Ogilvy, describes in an interview with Horizont. One has to accept, however, that communication of this positioning can polarize the target group and may not only be seen in a positive light. The following factors influence the response to a company’s positioning:

What could go wrong?

One thing is certain: Purpose Driven Marketing enables companies to differentiate themselves from their competitors and reach target groups on a personal level. However, it is precisely this new level of closeness that leads consumers to respond very sensitively and increasingly emotionally to content – even in a negative way. Activists and representatives of certain topics do not want to see their goals taken over by a brand either, but many are happy to receive positive support and attention for their issues.

Several companies have already had this experience in recent years. Shit storms on social media are just one of the possible consequences of purpose driven marketing gone wrong.

Here you can download four cases for "Purpose Driven Marketing Gone Wrong", which offer you valuable insights and learnings. 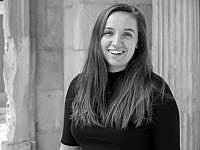 Carolin Auen is an intern at the communications agency pr://ip - Primus Inter Pares based in Münster. As a student of communication science at the WWU Münster, she focuses on PR, marketing communication and journalism.