NFT games: the next level of gaming

The term “Web3” encompasses ideas and visions aimed at creating a modern, democratized Internet – whether through NFTs, blockchains, or other technologies. New NFT games are now also revolutionizing the gaming industry.

NFT games and play to earn – what exactly are they?

NFT games, also synonymously referred to as blockchain games, have only been around for a few years, so it’s understandable that newbies may not know much about them yet. But fear not: NFT games are based on longstanding gaming mechanisms that are simply being refreshed using blockchain technology.

Gamers will be familiar with receiving rewards for their achievements in many games, either in the form of unlocked armor and uniforms for their avatars or new weapons and vehicles. These rewards are precisely what NFT games are all about. Here, the in-game rewards are offered as NFTs. An NFT is a non-fungible token that is one of a kind and is securely signed and owned on the blockchain. For example, a one-of-a-kind armor design would then belong to the person who unlocked it and thus acquired it.

Experience the world of Web3 at DMEXCO 2022: all the key topics and trends related to Web3 and NFTs will be explored at w3.vision as part of DMEXCO 2022 on September 21 and 22.

Get your ticket now!

The principle described so far is widely known and prevalent in the gaming world. However, what’s really new is how NFTs are being managed and used by their owners beyond the game itself. For example, they can be exchanged with other players or sold to people who want to use them as pieces of art or investments. The NFTs have a financial value that depends on how in demand the game content is and which cryptocurrency is used. Successful players can make money from their achievements by trading the NFTs. That’s why it’s also called a play-to-earn model: you play the video game to earn money.

Earning money from video games is nothing new. Gamers have already been able to turn their hobby into a career thanks to live game streams on the Twitch platform or by playing in professional tournaments. Very few people have been that lucky, though. In contrast, blockchain games are an easy, barrier-free way of making money from gaming, thus reflecting the democratizing idea of Web3 being built on decentralized blockchain structures.

Earning money from gaming – will it hamper creativity?

Critics of blockchain games fear that the gaming experience will no longer be the main focus, will undermine what makes the hobby unique in the first place, and encourage gamers to favor games that offer better chances of winning over games that are entertaining and creative. However, just because blockchain games are attracting more and more users, they are by no means replacing the industry. Gamers continue to be motivated by various factors: some still see it as a hobby that no one can take away from them, while others are seizing the opportunity to profit from it. The most likely scenario is that the success of NFT games will be a valuable complement to the diverse gaming market and put outdated mechanisms to the test.

The role of NFT games in the future of Web3

NFT games are based on blockchain technology. Put simply, this involves building a user network that creates tokens and ensures the authenticity of transactions. Many find it difficult to get their head around these processes. Blockchain games have the potential to bring people closer to such mechanisms in a fun way and show them what NFTs have to offer. With that in mind, NFT games could play an important role in raising awareness of the democratization principles of Web3.

Experience the future live: attend DMEXCO in Cologne and be there live when the future of the Internet takes shape!

Get your ticket now!
About the author 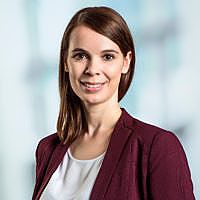