Embarking on the journey toward networked production enables companies to make their production processes much more efficient and flexible. When merging machines, systems, and humans together, CDOs have an important part to play.

Intelligent networking: the key on the path toward Industry 4.0

For many companies, digitalizing their production and thereby networking humans, machines, and products more directly are essential measures if they want to be able to compete globally and remain viable in the future. However, an extensive digital transformation of all relevant business divisions in the transition to Industry 4.0 comes with a complex challenge: the more systems and processes that have to be digitalized and networked, the more intersections will emerge that need to be coordinated.

For networked production to work, the machines, IT infrastructure, and active players must communicate seamlessly. Only when this intelligent interplay is established will manufacturing become flexible and largely self-organized, giving companies extra scope for innovative business models, customer-centric solutions, or optimized logistics. A typical obstacle in this respect is the fact that there are often significant differences between individual production areas in terms of their level of digitalization. This is usually made even more complicated by a broad technology mix of a wide variety of machines, facilities, and IT systems that all speak their own language.

This is exactly where the problem-solving skills of a chief digital officer come in. The CDO assumes a key role in the entire process – and not just as a digitalization strategist, but also as a networker and conductor who brings all the components together in harmony:

As part of systematically networked production, chief digital officers don’t just have to focus on horizontal networking, i.e. linking individual machines, business divisions, or company locations, but their task is also to drive forward vertical networking in the sense of connecting machines and production plants to higher-level IT systems, for example using status monitoring sensors that centrally transmit their data in the Internet of Things (IoT) and thus enable greater automation within production as well as predictive maintenance of plants and equipment, among other advantages.

However, the mere technical networking of all relevant components and players is only one aspect of venturing into networked production. A clear strategy needs to be in place first and the CDO plays an instrumental role in developing this. On the basis of the status quo and a precise market analysis of the company’s own opportunities and risks, this strategy:

When defining the strategy, it is important to make sure that it is not too static. Instead, it should be flexible enough to be able to react quickly to changes in the market or new technical standards in a highly technical and dynamic environment.

Data plays an essential role in the success of networked production. With regard to this pivotal success factor, it is especially the CDO’s job to devise a suitable strategy for collecting, pooling, and evaluating data. That is usually achieved in the course of vertical networking with the aim of centrally pooling ideally all relevant information, processing it, and making it available. Only then will intelligent communication be possible, which in turn forms the basis for further optimizing a company’s organization and production.

Another significant factor that CDOs have to consider when designing their strategy: it’s not just the manufacturing process that determines the success of networked production. Instead, they need to keep sight of the entire value chain and incorporate as many areas of the supply chain as possible in the networking process – from procurement right through to product sales. The better the individual cogs of the supply chain mesh with one another as the result of well-orchestrated tuning, the more flexibly, individually, cost-efficiently, and quickly manufacturers can work and offer their customers supplementary services that generate added value. 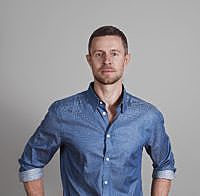 Milko Malev has been responsible for DMEXCO's marketing and communication strategy as Director Communications & Media since 2018. Milko studied communication science and worked in the digital industry and in marketing for 12 years. Before joining DMEXCO, he was part of the leadership team at the online marketplace Autobutler (Groupe PSA) as well as the native advertising platform plista.