Retail media is one of the most promising advertising concepts in recent years. Why is that, and why is it time to rethink your ad spending? Our retail media guide explains all.

Advertising as we knew it until recently will soon be a thing of the past. The cookiepocalypse is at agencies’ heels, and first-party data is being touted as the new magic formula. However, there is still a lot of uncertainty going around. Where are the new advertising strategies? Where should ads be placed now? And where are the alternatives to third-party tracking? Questions after questions. Last year, murmurs could be heard in the advertising world when a silver lining appeared on the horizon and a new buzzword made the rounds: retail media.

Retail media – does it truly live up to the hype?

What is retail media, and is the concept really that effective? We got to the bottom of these questions and took a closer look at the advantages of the advertising strategy. Our guide explores the benefits offered by retail media. You’ll learn how to weigh up whether it’s worth it for you, how to book ad slots with retailers, and realign your ad strategy. The guide is of course free for you as a member of the DMEXCO community!

The U.S. often leads the way when it comes to digitalization and e-commerce – and that’s no different with retail media. However, the concept isn’t exactly new. Retail media is about purchasing ad slots in online marketplaces instead of on search engines or social media. The best example of this would be the industry giant Amazon, which recently ventured into the ad business itself. And lo and behold: the majority of the marketplace’s revenues now come from its ad spaces. That’s hardly surprising when you consider how advertisers can greatly benefit from retail media marketing, as highlighted in the DMEXCO guide.

The pandemic and the unabated e-commerce trend have made advertising in marketplaces a viable business model for more and more brands. Consequently, many other online marketplaces have recently also entered the scene with media offerings. In the U.S., these include powerful brands like Albertsons, Home Depot, and Target.

According to media experts, though, what really triggered the retail media boom was the launch of the Walmart DSP last year. The programmatic advertising platform enables marketers to book ads in a targeted and automated way in the online retail system of the popular American supermarket chain. Since Walmart is the world’s biggest retailer, this is likely to make retail media just as relevant an advertising channel as social media and search engines in the long term. The market research company eMarketer also predicts that retail media spending will almost double in the USA in the next two years – to 41 trillion U.S. dollars.

Retail media: get your guide

But what specifically makes retail media so interesting? And why is so much budget suddenly being allocated to this advertising strategy? Our guide has the answers! 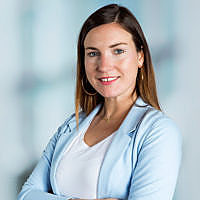 Lena is Sales Manager at DMEXCO and accompanies national and international customers to a successful trade fair appearance in Cologne and digitally. Through her sales experience at a subsidiary of Koelnmesse abroad, she knows what is important to companies when preparing for and participating in an international trade fair: a reliable contact person on site who finds exactly the right corporate presence depending on wishes and requirements.