How to increase your sales opportunities with apps

The use of apps is increasing worldwide, thus increasing sales opportunities for retail and media, connecting sales channels and attracting young target groups.

When it comes to apps, the Chinese are realists. Their smartphones have an average of 53 apps, 30 of which are in constant use. In other countries, according to a study by analytics specialist App Annie, the gap between download and use is much wider: 97 apps run on smartphones in Germany, for example, but only 35 are opened regularly. Americans install an average of 105 apps on their devices, but only need 36 of them. As a result, retailers, media companies, travel agents and service providers need to find new ways to ensure their apps will actually be used. According to App Annie, this is worth the effort as it estimates the revenues generated with and in apps around the world will increase by more than 20 percent in 2019. Both online and brick-and-mortar retail outlets can particularly benefit from this. Apps improve the shopping experience and boost sales.

If you want to address Generation Z, you can no longer avoid apps. Today’s 15 to 25-year-olds spend much more time on their smartphones than other age groups. They get their information and entertainment almost exclusively via mobile and, like no other generation before them, they connect the consumer world on the web with the actual world around them. “Despite the omnipresent smartphone, this generation is rediscovering real-world shopping for itself,” concludes Alexander Gösswein, Managing Director of marketing specialist Criteo based on a survey. “Retailers can address this mobile-focused generation with personalized ads and apps, while convincing omnichannel concepts are gaining in importance.”

Sell more and better with apps

Apps really do round off multichannel concepts. On November 11, 2018 alone, Alibaba generated almost 31 billion US dollars with its app, although the Chinese retail group has of course also optimized its online shops for mobile access. On “Single Day”, however, consumers primarily ordered and paid using the app. Apps also accounted for 34 percent of billion-dollar sales on the other global shopping days in November including Cyber Monday, Black Friday and Thanksgiving. The app is a must in both online and multichannel commerce. According to App Annie, around 21 billion shopping apps were opened and used for purchases in Germany in 2018, particularly via Wish, Amazon and eBay.

Apps from Internet companies are better

When it comes to convenience and usability, the offerings of Internet companies are clearly ahead of the rest. With simple features, playful elements, easy searches, convenient checkout processes or payment procedures, they generate up to three times more revenue. Traditional companies and brick-and-mortar retailers can learn from these competitive offerings. It is especially important for young consumers to research online and then shop together on location. Brands including Adidas, McDonalds and Nike rely on apps to improve service in their stores. These apps can be used to play, reserve products or get product suggestions and collect points, but above all to share pictures and videos of wishes. After all, one thing is certain: the more time consumers spend on apps, the higher revenues will climb.

Inform and communicate via app

Indonesians already spend four hours a day using apps, while in Germany users spend two hours using the programs that make it easier for them to access Internet services while on the move. Games account for around 60 percent of in-app revenue, while consumption, information and communication account for the remainder. Among the ten apps that are opened particularly often in Germany each month, the Navigator app provided by the German railway company Deutsche Bahn as well as the weather app have made it to the top alongside offers from the US. However, as in almost all countries, the ranking is dominated by Facebook offers, WhatsApp and Instagram. This does not apply to apps with the highest revenues. Streaming and dating services like Tinder, Lovoo or Netflix take the lead in this regard. Other top-selling apps in Germany include the Babbel language learning app, the Komoot hiking guide and the Bild media offering.

Of every hour that users spend on media, ten minutes are already spent on paid apps or mobile subscription offers. Generation Z uses mobile media particularly excessively by streaming music, films and even news via apps for about 22 hours each week. But even in older generations, streaming is moving from the desktop to mobile devices with the help of apps—a sign that news and entertainment are increasingly being accessed on the move and that the convenience of these services on tablets and smartphones is improving despite their smaller screens. Based on these figures, it is no wonder that Disney has launched Disney+ to compete with Netflix, Youtube, Amazon Prime and Hulu. Media experts even think the film and media company’s app could have the power to disrupt the almost deadlocked ranking of streaming services once again.

Despite the growth of mobile websites and shops, the number of downloads and income from apps is also growing worldwide. Online retailers are increasing their revenues with their own shopping apps, while brick-and-mortar retailers are interweaving their sales channels with them. Generation Z in particular expects app offerings from retailers, service providers and media companies.

About the author
Susanne Vieser
Susanne has been writing about digitization, e-commerce and business for years and blogs about it at LinkedIn. She also advises companies and founders on how to make themselves authentically visible and better known on the Worldwide Web. 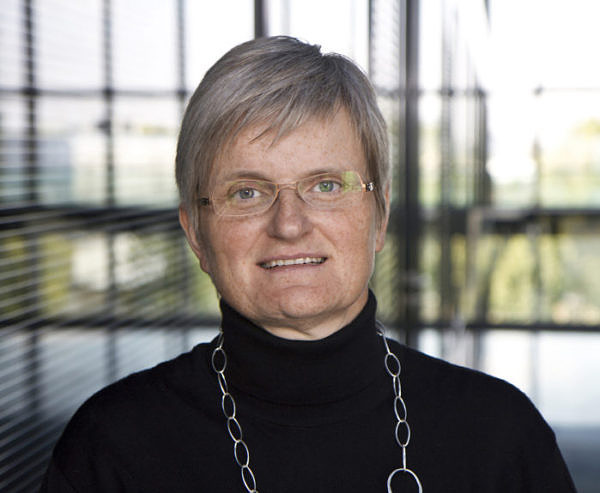 Sustainable marketing: strategies and best practices for Green Marketing
Emotion AI – the artificial emotional intelligence
Using AI to create a personalized shopping experience in online retail
3 practical collaboration tools for the coronavirus outbreak
Facts and figures on mobile use in Germany
Are sustainability and social responsibility feasible in e-commerce?
The mere-exposure effect – Why content marketing works
Shopping in a collective – Social commerce is evolving into social group buying
Infographic: 5 measures for extending the product lifecycle
Why social media should be part of your business development
Share this story

Sustainable marketing: strategies and best practices for Green Marketing
Emotion AI – the artificial emotional intelligence
Using AI to create a personalized shopping experience in online retail
3 practical collaboration tools for the coronavirus outbreak
Facts and figures on mobile use in Germany
Are sustainability and social responsibility feasible in e-commerce?
The mere-exposure effect – Why content marketing works
Shopping in a collective – Social commerce is evolving into social group buying
Infographic: 5 measures for extending the product lifecycle
Why social media should be part of your business development
Share this story