With his work, the artist Albrecht Behmel builds a bridge between the graphic and the digital world.

Albrecht, for this year’s DMEXCO you have planned something very special. You’ve already prepared the original painting that it’s all about. A challenge is currently underway in the run-up to the event. What does it look like?

For DMEXCO I made a four-part painting consisting of squares that together form the word CARE, my personal motto. You can arrange the squares in a row or as a block. This is the original, very classic on canvas. The challenge is for DMEXCO visitors and exhibitors to show in the run-up to the event what they would do with the original picture, which they can win. Or use it as an occasion to present the motto of #DMEXCO18 “Take C.A.R.E.”. With this, we want to get the participants in the mood for the event and show them how important CARE is.

The second part of the challenge will take place at the trade fair. What exactly are your plans for DMEXCO?

We are making a giant print of this painting, in other words a copy that itself consists of a digital copy, specifically HD photos. These photos in turn are the basis for blockchain certificates, which will accompany the pictures, no matter where they go. The giant print will be cut up, signed and distributed all over the world: the original becomes a copy, the copy turns back into an original or unique piece, thanks to the signature. Every step will be documented on the blockchain certificate. This means that a digital document accompanies a work of art from the real world. With this, we are showing the transformation and distribution of an original painting and its digital derivatives.

Why blockchain? What are the advantages of digitalizing art?

I am fascinated by blockchain and its applications in art. For example, as far as certification of authenticity is concerned. Blockchain makes it possible for us not only to record the history of a painting, but also to publish it. This was not possible before now. It provides security and clarity. The special thing about the certificates is that, for example, changes to the painting can also be documented, scratches, labels, frames, plus photos of the changing owners – everything is kept together.

Digital certificates allow works to be authenticated and verified. That’s what start-ups like Verisart do. You take photos of a piece of work, for example with yourself in the picture, and then create a certificate. The place, time and all other factors are recorded. Blockchain can solve many problems involving the provenance of a piece of work.

How will a painting even fit in with DMEXCO?

DMEXCO means that people from all over the world come together to communicate, network and develop ideas together. All possible backgrounds, wishes, ideas, products and dreams meet and influence each other. This is also my main artistic theme. This is precisely what my painting is supposed to express, specifically the connection of people, even if at first glance they don’t have much in common. That’s why I agreed right away when DMEXCO asked me to do it.

How did you get the idea?

I thought about a piece of work that represents a bridge between the graphic and the digital world. So far, the digital economy has mainly looked at music and the film industry. As always, graphic art is a bit of a straggler when it comes to innovation. After all, we still paint with oil and brushes too.

I wanted to create something that was not only for looking at, but also for thinking about and touching. It was well received, and now we are developing the project together, which gives me a lot of pleasure. I’m learning something new every day.

Will you be at the trade fair?

Yes, most certainly. I’m really looking forward to the discussions and of course the photos that will be taken in front of the giant print. Cutting, signing and distributing the work will be a very special experience.

The painter Albrecht Behmel, born in 1971, studied in Heidelberg and Berlin. He has lived in the Black Forest since 2012, but mainly works in European and American cities like New York, Paris, Los Angeles, Miami, London and Berlin. His fascination for the digital world dates back to the nineties, when he founded one of the first German digital publishers and experimented with Germany’s first e-books. Albrecht is known, among other things, for his spontaneous guerrilla preview events in underground garages, parks, farms, mines and other unusual spaces, where he plays with art and creative input. As an author he has developed content for Arte, SWR, Deutschlandfunk and SR as well as numerous production companies. He has also published a large number of games, novels and non-fiction books.

Albrecht Behmel’s award-winning paintings are very easy to recognize. His style – The Magic of the Swarms – is based on overlapping silhouettes of figures, people, symbols, animals and abstract forms in strong colors. Each color field has its own meaning through an “algorithm in the head”, according to which the coloration gets its own logic.

This creates an expressive mosaic of abstract forms, which together form figurative content. The artist thus tells stories, portrays faces, paints landscapes and shapes inner and outer realities. His paintings are created slowly by hand – with each canvas taking two to three weeks from conception to completion – in Albrecht’s studio in the Black Forest. They are shown worldwide, especially in the centers of contemporary art Basel, Zurich, Miami, New York, London, but also in Berlin, Manila and Los Angeles. Following the DMEXCO kreARTive Challenge, he will be exhibiting at Art Basel Miami. 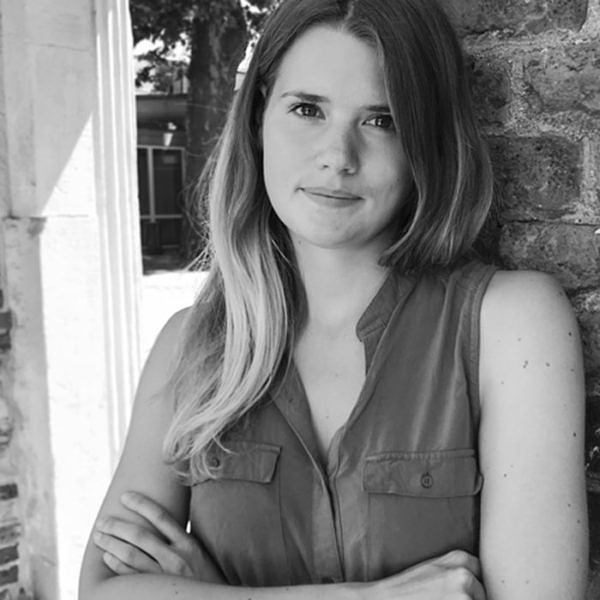