How will digitalization transform cities? Until now, smart cities would have been the answer given by many experts to this question, but a new concept has now emerged: responsive cities, in other words cities where the residents rule.

The main idea behind a responsive city is that it automatically adapts to the needs of the people living in it. As an advanced version of a smart city, the concept likewise relies on an extensive network of interlinked sensors, the difference being that all the data and information are publicly accessible rather than controlled by the local government. Consequently, all residents can help build and control their digital environment. That could take on various forms in practice:

A responsive city is thus one thing above all: people-centered. While smart cities aim to technologize things, responsive cities focus on how residents can apply intelligent technologies themselves.

After all, who needs unnecessary go-betweens when problems and issues can be solved in a decentralized and self-organized way? You got it: nobody.

Zurich as a role model

The Zurich City Council provides a first glimpse of what life in a responsive city could look like with its “Züri wie neu” app, which can roughly be translated as “making Zurich as good as new”. The app allows residents to digitally report infrastructural damage. Everybody who calls Zurich their home thus has a quick and uncomplicated tool at their disposal for shaping the cityscape. Individuals wanting to make a report via the app no longer have to extensively search for exactly who is responsible, and the time that they would have otherwise wasted in phone queues in order to inform the relevant authority can now be used more constructively.

Zurich is also implementing modern technology from an urban planning standpoint: To ensure a healthy urban climate despite the crowded building landscape, ideas are pre-simulated using 3D building data. Such simulations are intended to optimally take into account the impact of construction projects on the city’s airflows and thereby prevent heat pockets in densely built-up districts.

Responsive cities and their digital twins

A digital twin makes it possible to digitally map the physical realm. Merging the two realms opens up a range of possibilities, such as documenting changes within a city and improving urban, traffic, and energy planning. Potential locations for new buildings or an anticipated demand for new childcare centers and schools in a certain district can be predictively identified using a digital twin. With this approach, lessons can be learned from previous structures and specific ideas for developing a city can be visualized way before implementing them. Augmented reality especially comes into play in this context. Of course, only time will tell what this field will exactly bring in the future.

What are the challenges of a responsive city?

Access to a large volume of data is key to the responsive city concept. The potential for a real urban planning revolution is therefore inevitably connected with issues concerning the analysis of the collected data and data protection. So, if cities want to benefit from the special advantages that a responsive city has to offer, they will have to ensure transparency and responsible handling of the available data more than ever before. That might include regulations aimed at preventing possible data misuse.

Responsive cities – life in the future

Responsive cities have the potential to create a world in which not only are our daily routines more and more digital, but also our surroundings. Datasets and technologies such as augmented reality and geographic information systems will become increasingly relevant amid the shift toward responsive cities. What will the cities of the future look like? This question cannot be answered with a clear response yet. One thing is sure, though: it’s going to be exciting.

Subscribe to Newsletter
About the author
Ingo Willems
Ingo works as a sales manager at DMEXCO. Holding a degree in business administration and Romance studies, he had worked for an online travel agency for several years until he finally found his vocation in the world of trade fairs. In his texts, he mainly focuses on current developments and challenges in e-commerce. 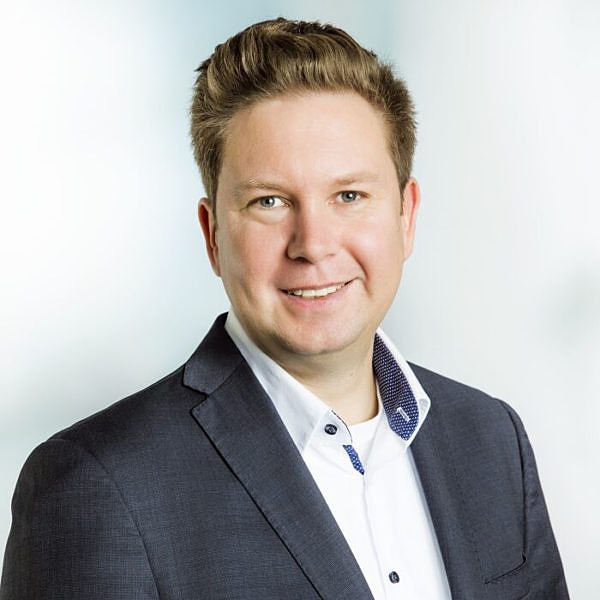 Emotion AI – the artificial emotional intelligence
How to identify and evaluate new market opportunities
What we can learn from Netflix
Digitalization of the construction industry: BIM and tech leading the way
Data-driven storytelling: How numbers are transformed into stories
How AR technology can optimize product development
From chief marketing officer to chief customer officer: the new role of the CMO
5 tips for podcast SEO – How to increase the reach of your audio content
Beer Brewing 4.0: digitalization of the brewing industry
How “bit fit” are you? Get active with these 8 sports gadgets
Share this story

Emotion AI – the artificial emotional intelligence
How to identify and evaluate new market opportunities
What we can learn from Netflix
Digitalization of the construction industry: BIM and tech leading the way
Data-driven storytelling: How numbers are transformed into stories
How AR technology can optimize product development
From chief marketing officer to chief customer officer: the new role of the CMO
5 tips for podcast SEO – How to increase the reach of your audio content
Beer Brewing 4.0: digitalization of the brewing industry
How “bit fit” are you? Get active with these 8 sports gadgets
Share this story