More and more on the radar: eSports

20,000 visitors? Some Bundesliga soccer matches don’t even have that many, well, admittedly, those of the smaller teams. According to estimates by the event organizers, this many spectators are expected when the ESL One Hamburg takes place at the end of October in the Barclay Arena in Hamburg. Over several days, a total of 12 teams will battle it out against each other in Dota 2. Only a few days ago, Mercedes Benz announced its further support of the league. The consulting firm Price Waterhouse Coopers (PwC) sees the forecasts for the eSports market as superb.

In 2017, the global eSports industry already generated more than 555 million euros, and according to PwC’s Global Entertainment and Media Outlook 2018, 1.4 billion euros are forecast for 2022. Around 32 percent of this is accounted for by sponsoring. At the 2018 Asian Games, eSports were a demonstration sport for the first time. This shows the growing importance of the sport worldwide. According to PwC’s forecast, revenues will roughly triple by 2022. The countries with the highest sales are the USA at 165 million euros, followed by South Korea (140 million euros) and China (105 million euros) in 2017. Germany comes in fourth place worldwide (51 million euros) and leaves all other European countries far behind.

European and American companies that see potential sales markets in Asia can use eSports activity for their advertising purposes and benefit from the particularly high affinity for eSports in Asian countries like China. Bundesliga clubs that already have marketing activities in China for their soccer club can now also use eSports to achieve greater reach in China and attract more young fans, especially male fans. Like many other soccer clubs, Schalke 04 has already been active in China for several years and reaches around 1.3 million Chinese people every day via 20 Chinese media channels. With a Chinese eSports audience of 125 million people according to Newzoo, this number will only grow if Schalke’s League of Legends team makes a name for itself in tournaments.

With the extension of the partnership, Mercedes-Benz is strengthening its existing involvement in a rapidly growing area. Every year, up to 205 million people worldwide follow the sporting competitions that ESL has been organizing for 18 years on the Internet. The contract concluded with Mercedes-Benz in 2017 is now being extended. The involvement in the ESL One Dota 2 competitions as a premium partner as well as the awarding of the “Most Valuable Player” prize to the best player of the tournament will continue.

“We are consistently expanding our activity in eSports,” says Britta Seeger, Member of the Management Board of Daimler AG responsible for Mercedes-Benz Cars Sales. “As a globally active brand, we want to open up to new target groups. eSports bring us into a dialog with young people, especially those with an affinity for technology. We are delighted to be part of the rapidly growing gaming community and to support ESL in developing this action-packed and thrilling sport.”

And eSports are now occupying the media. Germany’s largest news agency dpa and Hamburger Morgenpost are together reporting on the major eSports event ESL One Hamburg.
“We are delighted to cover this highlight, together with dpa. eSports fascinate and activate millions of gamers and spectators worldwide,” says Mopo editor in chief Frank Niggemeier: “We want to bring this sport closer to our readers and reach new target groups. That’s why we are reporting comprehensively across all our channels in online, print and social media,” continues Frank Niggemeier.

In addition to reports in the newspaper and on the Internet in the run-up to the event, a live blog provided by dpa will form the center of reporting on the tournament weekend. Results, reports, photos and video interviews with players and fans directly from the arena will make the big event transparent for readers. Renowned Dota 2 experts will support Mopo and dpa on all three days of the tournament.

The positioning of brands in the eSports channels promises real growth in the coming years. The European markets are far from fully tapped. But caution is required: different rules apply here to those in many other digital industries. So it is a good idea to acquire expertise beforehand, to position yourself with the right resources. 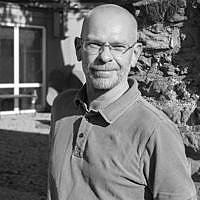