Artificial Intelligence: People must be the consciousness of the system

To use machine intelligence sensibly, companies have to think from the customer, says Melanie Cook.

AI is coming – are companies well prepared for the scenario?

I’m going to look at these questions from the human angle, instead of the well trodden path of digital disruption. Unfortunately, according to a Deloitte study, only 17% of HR professional feel prepared for the effects of AI and automation, even though 75% of companies have adopted it in some way. It’s hard to prepare when you do not know what you are preparing for, let alone how to get there.

What are the steps companies should do in order to embrace AI?

From a Human Centred Design point of view, every investment decision should start with your customers. Too often companies say ‘I want a chat bot like competitor x’. Rather than asking ‘our customers have jobs to be done 24/7 so we need to be there for them. Could a technology help?’ Or ‘our employees are wasting countless hours on the tedious task of trawling through data. What technology will help?’

Are machines raising the production level of humans?

Studies have shown that humans working with machines is more effective than a human or a machine working alone. AI does not work in isolation of humans or other technologies. Therefore companies need to forecast given the law of unintended consequences. They need to prepare their people to be nibble and life long learners. So, when the unintended happens, employees and the business can pivot. I don’t believe the need to develop, engage and retain good talent will ever go away.

To embrace AI, is it about the question how to make humans comfortable with machines?

Finally, to embrace AI, businesses need to be willing to innovate everything from their products to their business model. They need to become platforms of accessible micro services, much like IBM Watson. That way they will continue to grow by making their technology available to young, entrepreneurial talent.

How to handle AI responsibly: Which new skills and experts are needed in a company?

Nick Bostrom, a Swedish Philosopher from Oxford University’s Future of Life Institute, lists AI as an existential risk. This risk stems from the control problem. An AI is built to achieve an objective function, a goal if you like. It will self-optimize itself in order to achieve this goal and do whatever it deems necessary to achieve it. Even by killing its kill switch. In contrast to humans who use their conscience and a societal code to check the decisions they make as they strive towards an objective. We do not know how to built a machine with a conscience. In effect, we are in danger of competing for natural resources or for jobs with an unstoppable machine who doesn’t care for humanity.

How can we avoid this worst case scenario?

Within companies we need designers who design humans and machines as one system so the human can act as the system’s conscience. We need a Chief Transparency Officer who will communicate what machines are doing with our data, why and what the consequences are. The recent Facebook-Cambridge Analytica fiasco is just the start. And we will need CEOs and boards of directors to come together and sign a tacit agreement that limits research and development which could lead to this risk.

Robots and humans working hand in hand: How does that look like for example?

In the near future it is unlikely that machines will not work with humans as we are still building them. There are currently more examples of humans working with machines than not. Your mobile, your computer, the internet, even fully automated factories include humans in the system.

Right now Robots are learning everything from us as we are creating them. It’s a parent to child relationship. By design, they are learning to be more human. For example, classic stories and folklore that you and I grew up with are being used to teach AI how to behave. They learn from us language, communication, dexterity, analysis, cooperation, the list goes on. From robots we learn our limitations and at the same time, how incredible a being we are.

What do you mean?

I can’t add like a calculator, search through the internet at the speed of Google, find patterns in vast lakes of data. This highlights my limitations. My baby daughter however, learns more comprehensively than a machine. She has superior recognition capability and better motor skills. She is more apt than any machine at manipulating those around her to get what she needs. From studying machines I have learn how incredible we are.

Only if man and machine already work closely together today and function together as a single unit can people remain in control in the future. To do this, designers have to think and create them together as a system. It is important that the human being is the core and the consciousness of the human-machine entity. 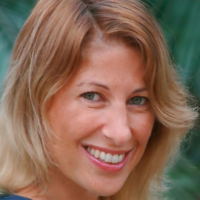