What can digital audio advertising do in the context of media planning?

Radio is dead. Long live radio. Or at least audio. Podcasts, smart voice assistants, digital radio offerings and audio-streaming services have transported audio advertising into the new millennium. How can advertisers and media planners tap into the audio boom for themselves?

Smart speakers on the rise

According to the German Association for the Digital Economy (BVDW), the range of audio advertising is expanding by 20 percent a year. This is made possible mainly by the smartphone people carry in their pockets, but also by the emergence of intelligent speakers. More than 11 million German citizens are already actively using smart speakers in the home. Particularly popular: Google Home, Amazon Echo/Dot or Apple HomePod, according to figures provided by audio marketer RMS for the past year. The function used most commonly on these devices was playback of audio content using podcast apps or streaming or radio providers. According to current growth figures, every advertiser should integrate audio advertising into its media planning. But isn’t audio content too passive and linear? Is targeting possible at all, and what about interactivity?

What are the advantages and disadvantages of audio advertising?

Audio advertising has always had the benefit of sticking in people’s minds. It brings the message directly into the listeners’ minds, so to speak. This is because auditory perception creates images that act as a bridge between understanding and memory. The voice is also the easiest and most intuitive interaction for us humans: We like to “talk” with Alexa, Siri and Cortana, although we know that these are artificial intelligences (AI). Audio and voice make the “intelligence of the Internet” available anywhere, without a screen.

The decline of some other forms of media also attests to the rise of voice advertising. Not to mention print, TV has also long felt the effects of the video-on-demand era and has lost in reach for advertisers. What about display advertising? With browsers packed with ad blockers, visibility has dropped. To access this suppressed reach, many publishers or advertisers attempt to find a counterblock provider. So there is a green light for audio advertising if it overcomes a few growing pains.

Does targeting work in audio advertising?

According to audio marketer RMS, so-called “dump devices,” i.e. devices that are not cookie-enabled, account for some 80 percent of the reach of audio. These include Wi-Fi radios, multi-room sound systems, smart TVs and voice assistants. The challenge is to reach these audio devices. At DMEXCO 2018, RMS launched an Audio Data Management Platform for the first time, making it possible to refine the data from dump devices. Since then, targeting in audio advertising has been possible for the first time, as in the classic digital channels of display and video. Instead of a cookie, audio-based formats are assigned a listener ID that is automatically assigned to each listener. The data are then extrapolated. This enables programmatically bookable inventory usage, not only for the desktop and mobile environments but for dump devices as well.

Interaction possible – Audio is no longer a one-way street

Audio advertising is catching up in terms of interaction, too. Already in 2017, the telephone directory “Das Örtliche” implemented the first Germany-wide shake-me! campaign – people listening to the spot were encouraged to shake their smartphone, which took them directly to the app store where they could activate an app download. The shaking function was applied 5,560 times in the space of three weeks, representing an interaction rate of 1.1 percent. The campaign was implemented by SpotCom in collaboration with the Publicis Media agency network and AdsWizz.

This year, Seat also relied on interaction in audio advertising when it introduced the Tarraco. The voice-controlled ads encouraged listeners to choose one of the three features – “comfort,” “design” or “technology” – by voice command, and then a different spot was played for each based on the selection made.

The future of audio advertising is nearly upon us

Media planners and advertisers cannot avoid audio advertising in the future. Hearables such as The Dash by Bragi bring voice directly to users’ ears. Skills or actions, i.e. apps integrated into smart speakers, make direct customer communication possible. Working by voice command, the user can call up a voice search page, have the audio script read aloud or redeem a voucher directly from the audio advertisement by means of dynamic voice activation.

The new digital audio formats open up boundless possibilities for voice advertising – as early adopters of the technology, brands that establish their own audio identity today will enjoy an advantage on the market.

About the author
Julia Stüdemann
Julia Stüdemann is an Online Editor and Social Media Consultant at the Berlin Content Marketing Agency, textbest. With her crisp writing, the studied Romanist illuminates the latest topics in digital marketing. She finds inspiration from business blogs as well as Insta Stories – controversial debates can be found across all media, after all. 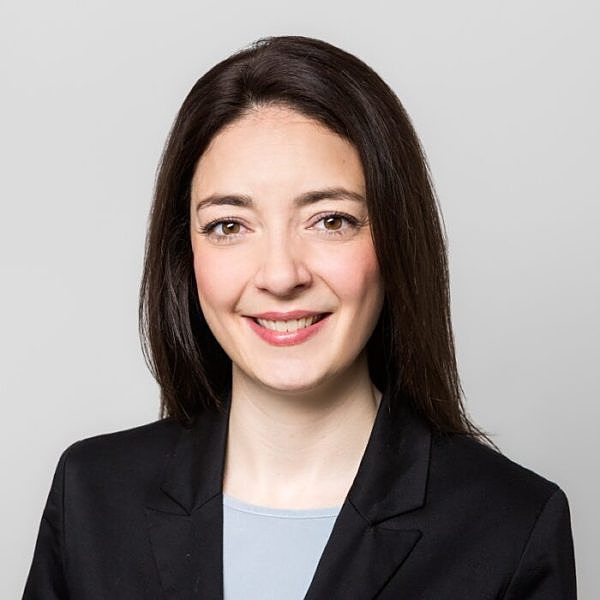 Five trends in the mobile communications market
Governing on Twitter and others: social media as a political communication form
Why employees are your best brand ambassadors
The Kano model: how to wow your customers
How to reach your target group more individually with psychographic targeting
90° turn: Vertical storytelling
Reactivation campaign: win back inactive email recipients in 6 steps
5 tips for podcast SEO – How to increase the reach of your audio content
Buyer persona vs. target group: what’s the difference?
7 strategies for small and medium-sized enterprises to increase their brand awareness
Share this story

Five trends in the mobile communications market
Governing on Twitter and others: social media as a political communication form
Why employees are your best brand ambassadors
The Kano model: how to wow your customers
How to reach your target group more individually with psychographic targeting
90° turn: Vertical storytelling
Reactivation campaign: win back inactive email recipients in 6 steps
5 tips for podcast SEO – How to increase the reach of your audio content
Buyer persona vs. target group: what’s the difference?
7 strategies for small and medium-sized enterprises to increase their brand awareness
Share this story