Timeboxing is an extremely interesting method for getting yourself organized. The principle has its origins in software development and is used by several famous people, including Elon Musk and Bill Gates, to work more efficiently.

How to structure your workday using timeboxing

It’s fascinating that a meeting in your calendar which has been scheduled for an entire hour actually lasts for precisely that long, regardless of whether the 60 minutes were really needed or 30 would have in fact also been enough. This principle is referred to as Parkinson’s Law, according to which “work expands so as to fill the time available for its completion”.

This observation made by British historian Cyril Northcote Parkinson is universally applicable: If I set out to write this story about timeboxing in three hours, then I’ll pull it off. But if I give myself four hours, then that’s how long I’ll need to finish it.

Maybe this example is particularly fitting for people who work in a communication-related field. But even someone like a carpenter will have noticed that they produce much quicker and not necessarily poorer results when an element of time pressure is at play. The more time there is to do something, the longer it ultimately takes. When a deadline is soon approaching, it makes you more focused and boosts your motivation. Timeboxing is a time management method that is based on exactly that principle.

Originally, timeboxing was experimented with and implemented in the field of software development, which is why it’s not surprising that the method is primarily used in tech startups. Tesla boss Elon Musk is known to organize his schedule according to this principle. And Microsoft founder Bill Gates also works in timeboxes. But how does timeboxing work?

How to increase your productivity

With timeboxing, you work through pending tasks in time blocks. The predefined time must be sufficient to complete that particular job. During this period of time, you concentrate exclusively and resolutely on that activity. Once the time is up, you move on to the next project.

The big advantage of this method is that it allows you to meticulously structure your workday.

Large tasks are divided into smaller to-dos and worked through that way. With a bit of practice, timeboxing can be optimally adapted to your individual rhythm. However, for that to work, you must be in tune with yourself and be familiar with the task to be completed.

In practice, you can plan a whole workday using timeboxing. Each task is packed into small timeboxes and worked through one after the other. You can also use the method to incorporate breaks into your daily routine in a structured way. For example, you can reward yourself with a long break if you’ve just taken care of a particularly unpleasant task. When it comes to completing work, timeboxing focuses on efficiency and not necessarily on quantity.

In essence, timeboxing involves five steps for defining tasks and their allotted time:

Timeboxing is obviously especially suited to processes and tasks that you keep putting off. At the same time, large cross-team projects can also benefit from this time management method, as it helps sort and keep on top of the various to-dos. The question of whether it is a successful form of working for creatives is often debated. For example, it’s difficult to define how long it should take to look for inspiration for new content, ads, etc. But in any case, the method definitely sharpens your focus and increases productivity in the creation phase.

PS: In the end, I finished writing this text quicker than originally planned. I can now use the time I saved to take a break. 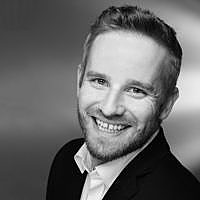 Kai works as a sales manager at DMEXCO. Holding a degree in business studies, he had been managing his own start-up for several years. No wonder that at DMEXCO, he is now responsible for everything that has to do with start-ups. Besides his blog stories on the digital start-up scene, Kai's texts focus on future topics such as smart devices, IoT and innovations in the digital economy.