How to achieve successful advertising in podcasts

Podcasts have made a much-publicized comeback in recent months. The media format just plodded along and was considered a niche format for many years. This has now changed. Podcasts have therefore also aroused the interest of marketers and advertisers. And quite rightly so.

Snoop Dogg has one, Shaquille O’Neal has one, Oprah Winfrey is also involved and of course DMEXCO itself. Yes, we’re talking about podcasts. This still relatively young medium is on its way to becoming an integral part of our media and cultural landscape. In Germany, the proportion of podcast listeners has risen from 14 percent in 2016 to 26 percent today. This is due not least to the many new celebrity podcast hosts. In the US, podcasts now reach 51 percent of the population over the age of twelve and in Canada they reach 36 percent of all consumers. Both figures are continuing to grow.

A curious audience with money to spend

Of particular interest to Marketeers is the fact that the podcast audience disproportionately consists of innovative, younger and higher-income individuals. They can also be reached via other media, but podcasts have the added benefit of being actively selected by this target group on an ongoing basis. You should be interested in podcasts especially if these people are in your target group.

Podcasts are usually freely available and are mostly listened to using mobile phones and so-called podcatcher apps or partly exclusively via providers such as Spotify. Use of YouTube as a podcast channel is also on the rise. A big difference to advertising on the radio or TV is that podcast listeners consciously select the content and cannot easily overhear the advertisements, just a few of which are usually integrated quite discreetly in each episode.

A high level of acceptance for advertising

According to the Podcast Playbook study conducted in the US, 78 per cent of listeners accept advertising, 67 per cent remember brands and products from podcast advertising, and an astonishing 63 per cent said they had even bought a product based on podcast advertising. For more information about the growth market of audio and podcasting, listen to our DMEXCO podcast with Michael Krause from Spotify.

In the USA, the market for advertising in podcasts is booming. The advertising expenditure for podcasts rose by a whopping 53 percent from 313 million US dollars in 2017 to 479 million in 2018. For 2019 and the years to come, the researchers at IAB and PwC anticipate further rapid growth, reaching one billion US dollars by 2021 at the latest. Traditionally, such developments in Germany often follow with a delay of several years. It should also be kept in mind that the total advertising market in the USA is over 200 billion US dollars per year. What is exciting in this context is that podcasts have been discovered by both B2C and B2B companies. Among the top spenders in the USA, B2C retailers lead at 22 percent of spending, followed by financial service providers at 21 percent and then B2B companies at 14 percent.

There are various ways to advertise in podcasts, from pre-produced audio spots that are identical in several podcasts to individual spots in which the creators of the respective podcasts contribute their own ideas and often even their own voices.

You can find out what kind of podcast advertising works best and how you can successfully integrate this into your marketing mix in our free whitepaper. 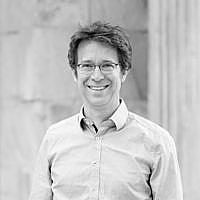 Tim Koch complements the communications consultancy pr://ip - Primus Inter Pares. He advises companies and start-ups in the areas of communication, strategy and branding. Prior to that, he was in charge of marketing and communications for a medium-sized retailer. He learned his trade in the communication and marketing departments of an NGO, an insurance company and a network agency.

Guide: How to plan a successful cross-media campaign
Share this story